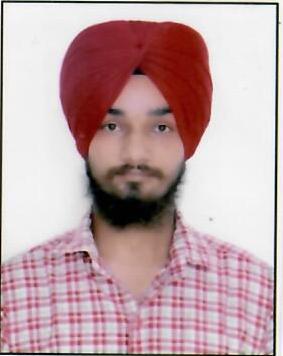 Abstract: In this paper, Hand Gestures has been defined as the mode of communication while interacting with the machine robot. Eliminating the use of primary modes like Remote, joystick, etc. The hand gesture robot is beneficial to reduce human efforts and carry out effective results. Hand gesture robot uses the simple module like Arduino, accelerometer and nRF2401L, etc. which is  found to be effective than other wireless modules
Keywords: Arduino, Hand Gestures, Robot, transmission, Sensors, etc.

I.    INTRODUCTION
With the Evolution of technology, the interaction with machine has increased day by day. From Switching on Light from Smartphone to Controlling of vehicle. Technology has become a part n parcel in one’s life. There are various ways to interact with machine like remote control, joystick, etc. which is basic method. Nowadays, there be a lot of researches made on controlling of system or device with human Gestures, i.e. eye movement, facial expression or hand gestures which eliminates some barriers like language barrier for robot[2]. Arduino UNO is used to carry commands by interpreting the collection of data received from its interfaced devices. The Device uses the accelerometer to detect the any motion in front of it and transmits the data via Transceivers to receiving end and performs certain task using Arduino micro controller[1]-[3].

II.    RELATED WORKS
Karolis Root et. al [4]  illustrated the concept  on the gesture controlled robot manipulator system. They used the band type device which connects the elbow and thumb to control the robotic arm. They concluded that the thumb performs the gripping action and the elbow was used to rotate the robotic arm to certain angle.
Chanhan.G et.al[5]  designed the gesture controlled image processing system. They were using the MATLAB to assign the tasks to certain images. They were converting the webcam captured image into binary Image,  and then assigned works are performed.

III.    LITERATURE SURVEY
Mendes et.al [6] demonstrated about the framework of human-robot interaction for recognition of human behavior and gestures. It depends on the vision based system and 3-axis accelerometer which were used to clarify the gestures, and behaviors. They used  integrate system i.e. hidden Markov’s model based dynamic recognition and Artificial Neural Networks.
Raheja et.al [7] demonstrated a 4 four wheel mobile robots which was precise in gestural control interface. They were inspired by cyber physical system by which tried to introduce the hand gesture based mobile robot. They used the KUKA youBot mobile platform & to implement the gestural control they have leap motion sensor.
Ahmed S. et.al [8] proposed a new approach in the which gestures were used to control robot manipulators. They used the Microsoft Kine ct sensor to track the joint positions, but later on, they used the MATLAB software application which maps the gestures to certain commands.
There aim of provide flexibility and dynamism in the industry manipulators. There final experimental test was completed in Mitsubishi SCARA robot manipulator.
Li, X [9] illustrated the robotic arm manipulator which was controlled by gestures, and limb movement. He used the certain types of algorithms to carry out the somatosensory interaction. He used the DTW template matching algorithm to track the coordinates of gestures, and arm movement[9].

IV.    DESCRIPTION OF COMPONENTS
In this project, there are various modules which work with ARDUINO UNO by interfacing. The components are: Arduino UNO (2), DC Motors (2), MUPU5060 (1), NRF2401L (2), Battery and L293D Motor Driver Module
A.    Arduino UNO
Arduino Uno is an open source types microcontroller which uses abilities of AtMega328 AVR microcontroller (refer to figure no.2) which is removable and dual inline microcontroller to work flexibility, compact and provides desired function. Arduino Uno is containing 14 I/O pins with 6 PMW pins. It can be interfaced with any type of electronic types to design embedded system and IoT projects. It is cheaper module which is easily available and easy to interact for the beginner to work on.

Figure 2.Ardunio UNO
B.    NRF24L01
The nRF24L01(refer to figure no. 3) is wireless device commonly known as transceiver module which is act as the transmitter or receiver for the data transmission when interfaced with the arduino UNO. It is based on SPI communication protocol with operating voltage of 3.3V and 50mA of current. It carries the baud rate of 250kpds with 125 channel ranges. There are many other RF Modules like 433 RF modules. Module is having 8 pins i.e. Ground, VCC, MISO, MOSI, Clock, interrupt and CE.

Figure 3. NRF2401L module
C.    MUPU6050
MUPU6050 is integrated motion tacking device. It is a 6 axis device consist of 3 axis gyroscopes, 3 axis accelerometer and a temperature sensor on  it(refer to figure no. 3). It works with the technology of MEMS i.e. Micro Electromechanical Technology. It measures the acceleration, displacement, velocity along the x, y and z coordinates using the Digital motion Processor, and then transfers in into Voltage using an inbuilt ADC.It has 8 pins on the surface of module i.e. VCC, Ground, SCL, SDA, XCL, ADO, XDA and interrupt. It operates at the voltage of 3-5 Volts with I2C communication type.

Figure 3. MUPU6050
D.    L293D Motor Driver Module
As the name suggests, this module is a kind of drive of the project. It is a quadrupled high current ½ H driver which drives the two DC motor or stepper motor in same or different direction independently. It is medium power motor driver having a operating voltage of 4.5 v to 36 volts having the current of 600mA. The transition time of motor driver is 300ns. These modules consist of 16 pins with DIP, TSSOP, SOIC packages. It is used various digital circuits to drive high current motors or Latching relay. (refer to figure no. 4)

Figure 4. L293 Motor Driver Module
E.    Battery
There is need of two Zinc Carbon batteries (refer to figure no.5) which are used to supply the DC power of 9 Volts to the circuits. Out the 2, One is used to provide power to the transmitter circuit i.e Arduino Uno, nRF2401L and MUPU6050. Second battery is used to provide the power to the receiver circuit i.e Arduino UNO, nRF2401L and motor driver.

V.    BLOCK DIAGRAM
In this block diagram, (refer to figure no. 6) Arduino is initialized and hand gesture (x and y coordinates) are collect by arduino using gyroscope and data encoded and transmitted by Transceiver. On the receiving side, data are received by transceiver, decodes it and then send it arduino for interpretation. After interpretation Arduino send the desired commands to motor driver for the movement of motors.

VIII.    CONCLUSION
In this Project, A robotic car is designed which is controlled by hand gesture using Arduino interfacing. The transmission of data is done with nRF2401L (refer to figure no. 7.1 &7.2) which is found to be very efficient as compared to other wireless modules. This project can be beneficial where the humans are not able to perform any task but can be defined or the task with some device using hand gestures.

IX.    FUTURE SCOPE
The devices which are controlled by hand gestures will work efficiently in the field of Defense, industry, medial, etc. The future doctor will examine the human body with image manipulation or can move the tiny robot in the body using gestures, and can find the problem. This will help disabled people to perform various tasks.