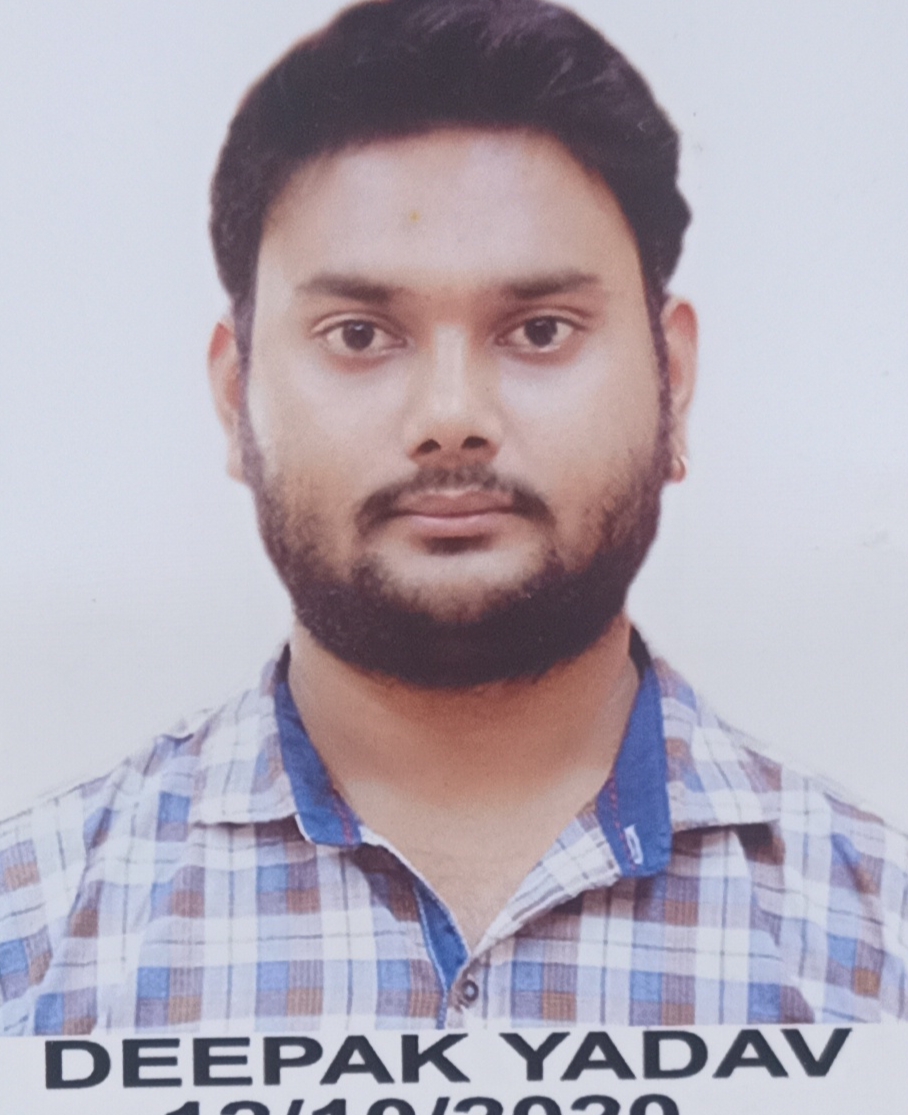 Abstract: Due to increasing population and urbanization now a days, the problem of water shortage in cities is increasing, due to which water demand is increasing which results in increased water supply in cities. Increasing water supply is also resulting in increased sewage generation. Thus, more sewage generation results in various other issues such as requiring more infrastructure for its disposal and is ultimately hazardous to human health. Different types of plants and new technologies are being used to diagnose this problem. The Baija taal treatment plant is also one such plant used for the treatment of sewage. Here untreated sewage is being treated by implying activated sludge process (ASP) in which bacteria are being activated with the help of BIO FILM using MBBR technology, and BOD and COD present in water is reduced. Along with this, many types of parameters like: PH, TS, Chloride, Turbidity etc. are also taken into consideration. For carrying out this study sample of 4 months were taken into consideration, the parameter of each sample of influent and effluent sewage were analyzed and efficiency of sewage treatment plant was evaluated based on the following parameters and their average efficiencies were found out as follows: BOD- 81%, COD- 75%, SS- 93%, Turbidity-81% these values thus calculated are in accordance with IS Codes guidelines. By comparing these values with the values as specified by the IS Codes specifications, we got to understand that the performance of sewage treatment plant was found out to be satisfactory.
Keyword:  MBBR, Activated Sludge Process, 5-day BOD, COD, pH, Parameter Analysis

I.    INTRODUCTION
The requirement of water in urban areas for domestic as well as industrial purpose is increasing due to rapid urbanization and population growth. Sewage is referred to that water which has been discharged after being subjected to numerous uses from the society, domestic dwellings, and other industrial origins.

A.    Characteristic of Sewage
It is stark essential to study the characteristic and behavior of sewage, to ensure its safe disposal. This study will help us in determining the degree and type of treatment required to be given to a given sewage, and thus avoid the pollution of the source of its disposal.
1)    Physical: The physical analysis of sewage is done with an aim to determine its physical characteristics. This analysis involves carrying out tests such as determination of turbidity, color, o dour and temperature.
2)    Chemical: Tests conducted with an aim to determine the chemical characteristic of sewage are carried out in order to determine stage of sewage decomposition, its strength, extent and type of treatment to be employed for making it intact to the point of disposal. Tests for determining the chemical characteristics involves pH, chloride BOD, COD, dissolve oxygen etc.
3)    Bacteriological: The bacterial characteristics of sewage are inherent in water due to the presence of microorganisms such as bacteria and other living microbes namely algae, fungi, protozoa etc.

B.     Wastewater Treatment
The main objective behind carrying out sewage treatment is associated with the removal of pollutants and keep our natural water resources intact. Another objective of sewage treatment is the removal of organic and inorganic solids where the organic solids are decomposed by microorganisms and inorganic solids by sedimentation. As rivers are the major source of drinking water thus the treatment of sewage becomes of utmost importance before discharging it in any natural water body.
The treatment processes of sewage which are carried out are as follows:
1)    Primary Treatment:  Primary treatment is used to remove heavy or large materials like plastics, scum like oil and grease from the wastewater. These materials can create issues in operation and maintenance of the subsequent treatment units. This process involves screening, grit elimination and a basin which allows the heavy particles to settle down and scum like material to float at the top of basin.
2)    Secondary Treatment:  This process is the most important process in wastewater treatment as this process involves removal of total solids which are organic and inorganic matter.  Secondary treatment is also known as biological treatment, as this process involves decomposition of biological matter with the help of bacteria which is either aerobic or anaerobic in nature.
3)    Tertiary Treatment:  As the effluent from treatment plant is released into streams or river, the secondary treatment removes BOD, COD up to a certain extent, further treatment is required before discharging it in any water body which is reached upon by using treatment processes which removes remaining inorganic compounds and substances such as nitrogen and phosphorus,

II.    LITERATURE RIVIEW
An integrated wastewater treatment and reuse concept for the Olympic Park 2008, Beijing. M. Ernsta*, A. Sperlicha, X. Zhenga, Y. Ganb, J. Hub, X. Zhaoc, J. Wangc, M. Jekel. Tsinghua University Beijing, Institute of Nuclear & New Energy Technology, INET, Beijing, P.R. China. In a Sino-German research project, a joined developed sustainable water reclamation concept was developed for different applications of municipal water reuse at the Olympic Green 2008. The concept combines advanced technological processes like membrane bioreactors, specific phosphorus (P) adsorption columns and ultrafiltration (UF) with nature-based treatment processes like wetland and bank filtration mechanisms. Performance Evaluation of Moving Bed Bio-Film Reactor (MBBR) for Treatment of Domestic Wastewater “Sangram Singh A. Thakur1, Isha P. Khedikar2 International Journal of Science and Research (IJSR) ISSN (Online): 2319-7064 Index Copernicus Value (2015): 78.96 | Impact Factor (2015): 6.391 “1PG Student, Department of Civil Engineering, G.H. Raisoni College of Engineering Nagpur, India”
This research paper is based on performance evaluation of waste water Treatment. In this, the use of moving bed bio-film reactor technology has been used to remove BOD, COD and TSS from sewage. From this research, it was found that MBBR technology is most efficient for BOD and COD. Performed with a sample of 24 and 48 hours in it. And the result turned out that BOD 86 to 90% and COD 92 to 94% and TSS 60 to 65% is the efficiency of the treatment plant.

A.    Objective of The Study
The primary intention with which this study was carried out involves:
1)    Study of various physical and chemical parameters which are inherent in the sewage, which helps us in determining the working efficiency of sewage treatment plant.
2)    Determining the working efficiency of STP by comparing the properties of influent sewage and treated sewage.
3)    Suitability and readiness of STP in a longer run with respect to future demands.

B.     Description of Study Area
1MLD treatment plant has been installed with different types of units and technologies for the treatment of sewage, which is named as Baija Taal treatment plant which is situated in Gwalior city of Madhya Pradesh state in India which has a current population of about 1.378 million. This study is concentrated around the area of Gwalior city with latitude and longitude extent of 26°13´5.833´´ N and 78°10´58.1916´´E.
In Baija taal treatment plant, the sewage is treated and then, the treated sewage is used in Baija taal (a pond) for recreational purposes where boating is carried out, which increases the scenic beauty of Gwalior. Baija Taal is located in the heart of the city.

(Figure : pathway of sewage in baija taal treatment plant)
1)    Inlet: Sewage is being directly collected for the treatment, from sewer line which is known as Swarna Rekha.
2)    Screen: fine wire mesh screen is installed to remove the floating large objects and heavy solid particle such as plastics, woods, rags etc. from sewage. It is the part of the primary filtration flow and typically is the first, or preliminary, level of filtration, installed where the influent flows into a waste water treatment plant.
3)    MBBR Tank: This is the second unit of plant in which two MBBR tanks are installed in which water enters after screening. MBBR (moving bed biofilm reactor) is a highly effective biological treatment process based on a combination of conventional activated sludge process and biofilm media. The MBBR process utilized floating high capacity Microorganism biochips media in the aeration and anoxic tank. It is only based on plastic carriers on which biomass attaches and grows.
4)    Tube Settling Tank: two tubes settling tanks are installed. In these tanks, heavy particles are settled down which are known as activated sludge, it is then sent to the MBBR tank.
5)    Supernatant Tank: When sludge is allowed to sediment in a digester, a supernatant develops. Anaerobic digester supernatant is commonly flown back to the head of wastewater treatment plants and mixed with the influent. Although the supernatant is relatively less in volume, it contains dissolved and suspended organic and inorganic materials. These materials add suspended solids, nutrients and organic compounds to the influent.
6)    MMF Tank: A Multi-‐Media Filter is used to lessen the degree of suspended solids (turbidity) in incoming feed water. Suspended solids comprises of small particles like silt, clay, grit, organic matter, algae and various microorganisms.
7)    Chlorination: It is the process of mixing chlorine in the water to kill parasites, bacteria, and viruses.

IV.    METHODOLOGY
This study is an analysis of sewage parameters for performance evaluation of baijataal treatment plant. Here we considered a sample of influent and effluent interval of 4 month, then found out the concentration of pollutants of influent and effluent and finally calculated the efficiency of treatment plant.
1)    Sample Collection: composite method are used to collect the sewage sample, two plastic containers of capacity 5L each were taken which were properly rinsed first with acid and then with distilled water sample was collected from the inlet and outlet poin of sewage at the site, and with in 24 hrs. of collection of sample, the test were carried out over the collected sample.

At first, analysis of influent sewage parameters such as pH, Turbidity, BOD, COD, TSS, TDS, TS, Chloride was done; afterwards analysis of effluent parameters was carried out. At the end results were compared and efficiency of treatment plant was calculated.

A.    Graphical Representation of Analysis of Baija Taal Sewage Treatment Plant
1)    Chemical oxygen demand graph is show that comparison between influent and effluent of sewage -

(This Graph Is Based on Analysis of Sewage Influent and Effluent And The Value Of BOD in Mg/L)
3)    This graph is show the efficiency of total solid, suspended solid, dissolved solid baijataal sewage treatment plant:-

VI.    CONCLUSION
Analysis of Baija taal sewage treatment conclusion are as following;
A.    The sewage treatment plant at baija taal with MBBR (moving bed bio film reactor) and activated sludge process as biological treatment process was considered for performance evaluation.
B.    The MBBR and activated sludge technique is suitable for the removal of COD and BOD efficiently because the main objective of MBBR is to increase the growth of bacteria with the help of plastic carriers.
C.    MMF (Multi Media Filter) is also suitable for removal of suspended solid, total solid, dissolved solid and turbidity efficiently.
D.    The removal efficiency of BOD, COD, Total Solid, Total Suspended Solid, Total Dissolved Solid and Turbidity, was found to be 81%, 75%, 66%, 93%, 54% and 82% respectively.
E.    Various parameters were analyzed to achieve the desired and optimum result values as specified by the Indian Standards Codes. The overall performance of the existing STP was satisfactory.