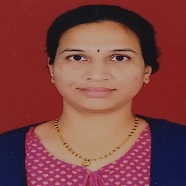 Abstract: Ghrita is one of the Ayurvedic drugs that contain ghee as the base to dissolve or extract or hold the active therapeutic principles from the ingredients. Ashwagandha is the herb used for rejuvenation of whole body and shows immunomodulatory, adaptogenic and several other activities.
Here in this study Ashwagandha ghrita and Sapata avarthita Ashwagandha ghrita were prepared and its physico -chemical analysis was done. By repeated processing of the same ghrita the final product gets potencified and useful for therapeutic purposes. The physico chemical properties reveals that Saponification value and Acid value were slightly reduced from ashwagandha ghrita to Sapta avarthana process which indicates an increase in free fatty acid content in Sapta avarthana. Decrease in iodine value indicates the degree of unsaturation was reduced to a minimal level and conversion of unsaturated fatty acids to saturated fatty acids occurred. There is no significant change in Refractive index. Specific gravity of Sapta avarthita ghrita was reduced which indicates the increase of density. To standardize the preparation TLC was carried out and details of sapta avrthita Ashwagandha ghrita preparation and its physico-chemical analysis is been discussed in this study.
Keywords: Immunomodulatory, Avarthana, Saponification Value, Acid value, Iodine value, TLC

I.    INTRODUCTION
Ghrita is one of the Ayurvedic drugs that contain ghee as the base to dissolve or extract or hold the active therapeutic principles from the ingredients. Ghritas are medicated ghee preparations containing the fat-soluble components of the ingredients used in these preparations. The principle of preparation is the protracted boiling of ghee with prescribed kashayas (decoctions) and kalkas (a fine paste of the drug/drugs) to dehydration or near dehydration thereby effecting the transference of the fat-soluble principles to the ghrita, from the drug ingredients or kashayas or swarasas as the case may be according to the formulation.1
Ghrita’s lipophilic property facilitates drug delivery to mitochondrium microsome and nuclear membrane of the cell and are also used as rasayana. Ashwagandha is brumhaniya, balya, its active component is alkaloids and withanoloids which has medicinal characters and helps in maintain general health and wellness.2
Various studies carried out on different formulations of ashwagandha such as ashwagandha granules, ashwagandha arishta and its standardization. Here in this study Ashwagandha ghrita and Sapta avarthita Ashwagandha ghrita were prepared and its physico-chemical study was carried out. Ashwagandha ghrita is best rasayana and useful in vata vyadhis and in sapta avarthana it gets more potencified. Ashwagandha is one of the reputed herbs in Ayurveda and has many actions on body like anti-ageing, adaptogenic, immunomodulatory, anxiety, depression, stress, cardiovascular protection, hypothyroidism to name a few.3 It contains alkaloids and steroidals lactones, many bio-chemical heterogeneous alkaloids, including choline, tropanol, pseudotopanol, cuscokygrene, 3-tigioyloxytropana, isopelletierine and several other steroidal lactories, withanolides and several sitoindosides.4,5.

B.    Refractive Index
The refractive index is measured at 250C (±0.5) with reference to the wavelength of the D line of sodium (λ 589.3 nm). The temperature should be carefully adjusted and maintained since the refractive index varies significantly with temperature.
The Abbe’s refractometer is convenient for most measurements of refractive index. To achieve accuracy, the apparatus should be calibrated against distilled water which has a refractive index of 1.3325 at 250C. After every step part was cleaned with Diethyl ether, which was evaporated by own. Thin layered of Ashwagandha ghrita and Sapta avarthita Ashwagandha ghrita samples were applied by a cotton swab.

D.    Determination of Saponification Value
2g of ghrita taken into a 250 ml RB flask fitted with a reflux condenser. Added 25 ml of 0.5 M Alcoholic potash and reflux on a water bath for 30 minutes. Cool, add 1 ml of Phenolphthalein solution and titrate immediately with 0.5 Hydrochloric acid. Repeat the operation omitting the substance being examined. The values of samples were calculated.

F.    Determination of Moisture Content (Loss on Drying)
5.140 g of ghrita in a previously weighed petri dish was taken and kept in an oven at 1050C for 5 hours. Cooled in desiccators and weighed. the percentage of loss in weight of the sample was calculated.

G.    Determination of Iodine Value
Ghrita 2gm taken in dry 500 ml iodine flask, added 10 ml of carbon tetrachloride and dissolved. Added 20 ml of iodine monochloride solution, inserted the stopper and allowed to stand in the dark at a temperature between 150C and 250C for 30 minutes. Placed 15 ml of potassium iodide solution in the cup top, carefully removed the stopper, rinsed the stopper and the sides of the flask with 100 ml of water, shake and titrate with 0.1 M sodium thiosulphate using starch solution, added towards the end of the titration, as indicator. Noted the number of ml required. Repeated the procedure omitting the substance being examined and noted the number of ml required.

H.    Qualitative Analysis by Thin Layer Chromatography9
The T.L.C is the important and simple analytical tools for the qualitative analysis of the raw materials.

I.    Thin Layer Chromatography
T.L.C is one of the most widely used techniques for rapid identification of drugs and its formulations. It is equally applicable to the drugs as raw material state and pure state.

V.    ACKNOWLEDGEMENT
The author would like to thank Dr. B.S. Prasad sir, Principal, KLEU’S Shri BMK Ayurved College of Belgaum, for providing the facilities for Analysis of the ghrita. The author would like to acknowledge helpful discussions on the manuscript with Dr.Srinath Vaidya, Dr.Ajit Lingayat, Dr.R.V.Sanapeti, Belgaum and Dr. Nitin Patil for helping to get TLC of samples.