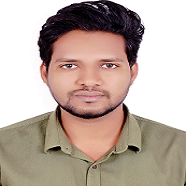 Abstract: Wireless Power Transmission (WPT) has been a much-discussed part of the power transmission system as well as attracting numerous subjects in the field of electronics and power because of its effectiveness and economic sustainability. The WPT will be obligatory to implement shortly and will provide perks across the globe by eliminating wires. This paper explores, Experimental analysis of Wireless Power Transmission which is coupled magnetically and communicates with microwave, in this experiment efficiency of 80% was achieved at a distance of 30cm.
Keywords: Inductive coupling, electromagnetic communication, transfer efficiency, diode, transistor

I.    INTRODUCTION
The main objective of this paper is to develop a contrivance for wireless power transfer. The concept of wireless power transfer was realized by Nikola Tesla. Wireless power transfer can make a remarkable transmutation in the field of electrical engineering which eliminates the utilization of conventional copper cables and current-carrying wires. Predicated on this concept, this experiment is performed to transfer power within a particular range. The methodologyof this project menstioned in this paper can be utilized for charging batteries that are physically not possible to connect electrically such as a pacemaker implanted in the body that runs on a battery. The patient is requiring to be operated on every year to supersede a battery. In this paper, Wireless power transmission is devoloped to charge rechargeable batteries wirelessly for the intend. Since charging of the batteries is not possible to demonstrate, we are providing a load on it which is run wirelessly. Wireless charging may one day supersede plug and wires similarly to how Wi-Fi and Bluetooth have modernized personal communication. Wireless charging with inductive coupling utilizes an electromagnetic field that transfers energy from the transmitter to the receiver. Consumers are wild about the convenience of simply placing a portable contrivance on a charging mat. Wireless charging works well with mobile phones, digital cameras, media players, gaming controllers, and Bluetooth headsets. Other potential applications are power implements, medical contrivances, e-bikes, and electric cars. This paper is written upon utilizing an electronic circuit that converts the electrical energy into magnetic waves with a high frequency. The output is victualled to the first Tesla tower which is acts as a primary or transmitter coil and then that first coil output is received on the secondary coil which is the second tower. Thus, the transfer of power is done by the primary (transmitter) to the secondary (receiver) that is disunited with a considerable distance. Consequently, the transfer could be visually perceived as the primary transmits, and the secondary receives the power to run the load.

II.    PRINCIPLE
Wireless power transfer (WPT), wireless power transmission, wireless energy transmission (WET), or electromagnetic power transfer is the transmission of electrical energy this can be effective for both Short-range and Long-range with having no wires as an interconnecting link. In a wireless power transmission system, a transmitter device (Transmitting pole), driven by electric power from a power source, generates a time-varying electromagnetic field around 360 degree, which transmits power across space to a receiver device (Receiving pole), which extracts power from the field and supplies it to an electrical load. The technology of wireless power transmission can eliminate the use of the wires and batteries, thus increasing the mobility, convenience, and safety of an electronic device for all users, Wireless power transfer is useful and demanding technology today to electrify electrical devices where interconnecting wires are inconvenient, hazardous, or are not possible. The founder of AC power, Nikola Tesla, Was first conduct experiments dealing with Wireless power transmission (WPT) can make remarkable changes in the field of energy transmission. His research demonstrates the outcome that the earth itself is a conductor which could carry a charge throughout its entire surface while he was not creating energy but he was an aspirant to discover something which could link this world without wires means Transmitting Power Wirelessly; His aspiration can be applied to solve our energy crises. Every kind of application has its respective deficits but also has potential that can aid this world in its dying need for an alternative to creating power. Wireless power techniques mainly fall into two categories, Near-field (Non-radioactive) and Far-field (Radioactive).

A.    Near-field or Non-radioactive Techniques
Power is transferred over short distances, this can be separated into three categories are Inductive coupling which is the most widely popular used wireless technology, Resonant inductive coupling, and Electromagnetic wave power transfer.

B.    Inductive Coupling
In inductive coupling (electromagnetic induction or inductive power transfer, IPT), power is transferred between two coils of wire by a magnetic field the transmitter and receiver coils together act as a transformer. An alternating current (AC) through the transmitter coil (L1) creates an oscillating magnetic field (B) by Ampere's law. The magnetic field passes through the receiving coil (L2), where it induces an alternating EMF (voltage) by Faraday's law of induction, which creates an alternating current in the receiver. The induced alternating current may either drive the load directly or be rectified to direct current (DC) by a rectifier in the receiver, which drives the load. A few systems, such as electric toothbrush charging stands, work at 50/60 Hz so AC mains current is applied directly to the transmitter coil, but in most systems, an electronic oscillator generates a higher frequency Alternating current which drives the coil, because transmission efficiency improves with frequency. Inductive coupling is the oldest and most widely used wireless power technology.

C.    Resonant Inductive Coupling
Resonant inductive coupling (electrodynamics coupling, strongly coupled magnetic resonance) is a form of inductive coupling in which power is transferred by magnetic fields (B, green) between two resonant circuits (tuned circuits), one in the transmitter and one in the receiver (see diagram, right). Each resonant circuit consists of a coil of wire connected to a capacitor, or a self-resonant coil, or another resonator with internal capacitance. The two are tuned to resonate at the same resonant frequency. The resonance between the coils can greatly increase coupling and power transfer, analogously to the way a vibrating tuning fork can induce sympathetic vibration in a distant fork tuned to the same pitch. Nikola Tesla first discovered resonant coupling during his pioneering experiments in wireless power transfer around the turn of the 20th century, but the possibilities of using resonant coupling to increase transmission range have only recently been explored. In 2007 a team led by Soljacic at MIT used two coupled tuned circuits each made of a 25 cm self-resonant coil of wire at 10 MHz to achieve the transmission of 60 W of power over a distance of 2 meters (6.6 ft) (8 times the coil diameter) at around 40% efficiency. The concept behind resonant inductive coupling systems is that high Q factor resonators exchange energy at a much higher rate than they lose energy due to internal damping. Therefore, by using resonance, the same amount of power can be transferred at greater distances, using the much weaker magnetic fields out in the peripheral regions ("tails") of the near fields. The resonant inductive coupling can achieve high efficiency at ranges of 4 to 10 times the coil diameter. This is called "mid-range" transfer, in contrast to the "short-range" of non-resonant inductive transfer, which can achieve similar efficiencies only when the coils are adjacent. Another advantage is that resonant circuits interact with each other so much more strongly than they do with non-resonant objects that power losses due to absorption in stray nearby objects are negligible.
A drawback of resonant coupling theory is that at close ranges when the two resonant circuits are tightly coupled, the resonant frequency of the system is no longer constant but "splits" into two resonant peaks, so the maximum power transfer no longer occurs at the original resonant frequency and the oscillator frequency must be tuned to the new resonance peak.

III.    CONSTRUCTION
In this system, there are two major parts Transmitter and Receiver. The coils are connected in resonant inductive coupling form. This allows the power to transmit from one file to another using a magnetic field between these two resonant circuits each resonance circuit consists of a coil of wire connected to an electronic circuit. One of the coils is a receiver and another is a sender the sender coil has connected to a circuit which consists of voltage regulator 7805 transistors, transistor TTC 5200, Diode 1N4007, Resistance 100 Ω, Ceramic Capacitor, LED, and a 32-volt 2-amp dc power supply.

Figure (2.1): Construction of a system

V.    CHARACTERISTICS
A.    Voltage Vs Current

B.    Distance Vs Efficiency

VII.    APPLICATIONS
The applications of wireless power technology have stretched all over the world due to its overwhelmingly positive outcome. This wireless-technology already has taken its place in much powerful technology such as Electric toothbrushes, wirelessly charging of mobile devices, cameras, batteries and finally its biggest impact until now on wireless charging of electric drive. These are a few examples of near-field wireless power transmission. In this model, as we experimented with the Inductive coupling method to power-up LED lights, Tube lights, and Electrify small fans used which are normally see in Laptops and CPU and these produce appreciable outcomes.

VIII.    ADVANTAGES
A.    Simple Design.
B.    Practically beneficial for a short distance.
C.    The Wireless power transmission system is shockproof.
D.    Wireless power transmission would eliminate the high tension power transmission line cables, towers, and substations between the generating station and consumers and facilitates the interconnection of electrical generation plants on a global scale.
E.    It has more freedom of choice of both receiver and transmitter even mobile transmitter and receiver can be chosen for the WPT system.
F.    The cost of transmission and distribution becomes less and the cost of electrical energy for consumers would be reduced.
G.    The power could be transmitted to the places where wired transmission is not possible.
H.    Loss of transmission is negligible level in the wireless power transmission, therefore the efficiency of this method is very much high than wired transmission.
I.    Power is available at the Rectenna as long as the WPT is operating. The power failure due to a short circuit and fault on cable would never exist in the transmission and power theft would be not possible at all. The power failure due to short circuits and faults on cables would never exist in the transmission.

IX.    CONCLUSION
The proposed project has demonstrated appreciable transmitting capability within the short-range for 30cms, the transmitting pole propagates the wireless power towards the receiving pole. The efficiency of this inductive coupling experiment defies for larger distance (more than 30cm) its prime output has achieved at 80% of transmitting efficiency. Arguably, this module works smoothly to electrify short-range devices such as mobile phones, laptops and more importantly charging of batteries at various places which is perhaps the major benefit of this module's Inductive coupling. The experimental reading table, its V-I, and Distance Vs Efficiency characteristics depicts captured observations of the module.