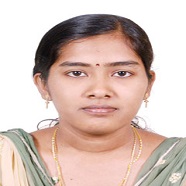 Abstract:  Medicinal plants in developing countries are used as a formational basis for the maintenance of good health, whereas in developed countries they are used for the extracts, development of several drugs, cosmetic purpose, therapeutics and fragrance industries. This study is to investigate the effect of integrated plant nutrition system on selected medicinal plant - Tulsi on morphological characters of the plants such as height of the plant, number of nodes, number of leaves, number of branches, intermodal length, length and breadth of leaves, root and shoot ratio by the sole and combined application of organic, inorganic and biofertilizers. Plant height obtained  highest  in treatment 8 as 78.3cm in Tulsi.  The results are significant by having the best performing treatments in (T8 – Combined use of Organic, Inorganic and Biofertilizer) has the best treatments and (T1 – Control) has the poorest performing treatments.
Keywords: Medicinal plants, Tulsi, Growth parameters, Integrated plant nutrient system

I.    INTRODUCTION
The use of traditional medicine has increased in developed countries also, mainly due to the failure of modern medicine to provide effective treatment for chronic diseases and emergence of multi-drug resistant bacteria and parasites. The adverse effects of chemical drugs, questioning of the approaches and assumptions of allopathic medicine, their increasing costs and greater public access to information on traditional medicine has also led to an increase of interest in alternative treatments according to the World Health Organization (WHO, 2002). Medicinal plants are widely used due to its extraordinary properties such as anti microbial, anti oxidant, antiseptic, and other pharmacological activities (Rashmi Sahay Khare et al., 2011). WHO has estimated that up to 80% of the people still rely on traditional remedies such as herbs for their medicine (Sood and Chauhan, 2009). Among the medicinal plants Tulsi was chosen owing to its high medicinal value. It is used for the treatment of fever, common cold, cough, respiratory problems, kidney stone and heart disease. The combined application of biofertilizer, inorganic and organic manure enhances the release of N and P. Application of organic manure in combination with chemical fertilizer increase the absorption of N, P and K in leaf tissue thus increasing the number of leaves and leaf area.

III.    RESULTS AND DISCUSSION
The integrated application of inorganic, biofertilizers and organic fertilizers produced significantly taller plants in tulsi with a height of 78.3 cm and it was on par with organic + biofertilizer which is 73.2 cm. Shortest plants were observed in control plot of 66.8 cm. Number of leaves also tends to be highest in case of integrated nutrient system as 132 in Tulsi. This was due to the increase of N in the root zone and the synergistic effect of these microorganisms on the physiological and metabolic activities of the plant. This enhancing effect may induce exudates of some hormonal substances like cytokinin and auxin, which encourage plant height. Thus it indicates that the treatments comprising of sole application of organic, inorganic and biofertilizers resulted in an average growth response whereas the combined application resulted in maximum growth.

IV.    CONCLUSION
Increase in the level of nitrogen fertilizer causes higher photosynthesis, assimilation rates, metabolic activity and cell division which were responsible for increase in the growth characters. Reason behind the growth of the plants is the first application of biofertilizers which increased the microbial population and enhances the uptake of nutrients in organic fertilizers then, further application of inorganic fertilizer will boost up the plants to grow well and proliferate into many branches.