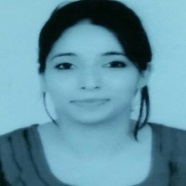 I.    INTRODUCTION
Pregnancy loss is the loss of the fetus before it has reached its viability. Recurrent pregnancy loss (RPL) is a disorder defined as repeated loss of 2 or more consecutive miscarriages before 22nd week of gestation and occurs in approximately 1% of fertile couples (27). Various high risk factors of RPL and possible causes include molecular and cytogenetic anomalies, anatomical disorders, immunological factors, hormonal abnormalities, environmental factors and thrombophilic defects (28, 29). More than 50% of cases of RPL have no anomaly and the specific cause remains unexplained (28).
Estrogen is important steroid hormone secreted by ovary, influencing female reproduction through various aspects playing vital role during progression of pre-implantation, uteroplacental circulation, maintaining fetoplacental maturation and function (30). Estrogen binds to its receptors (ESR) 1 & 2 (members of nuclear receptor superfamily transcription factors) and exerts its effects by regulating the expression of multiple genes (14, 23). A study done on uterus of mice reported that the expression of ESR1 was much higher than ESR2 revealing the pivotal role of ESR1 in RPL (8).
Extremely polymorphic gene ESR1 has been described and various studies reported that more than 2200 SNPs of ESR1 gene have been identified (31). The ESR1 gene is located on chromosome 6q25.1 with 8 exons and (-397C/T PvuII) & (-351A/G XbaI) located in intron 1 have been recognized as most widely studied SNPs associated with RPL (31, 32). These intronic variations do not lead to amino acid changes in protein & have been suggested as genetic markers for some ESR1 related disorders due to linkage disequilibrium with different regulatory sequence variations that may influence expression and function of ESR1 gene (33, 34).
Various studies on association of ESR1 gene SNPs and RPL have shown different results based upon ethnicity and geographical distribution of the populations. Since, no study has been conducted as of now in our population which is ethnically conserved since consanguineous marriages are much more common, therefore in the present study, we evaluated the association of (−397C/T) & (−351A/G) polymorphisms of ESR1 gene with RPL in Kashmiri population.

A.    Subjects
We enrolled in this case-control study a total 180 patients with at least two or more consecutive spontaneous abortions before 20th week of gestation referred from the Departments of Gynecology and Endocrinology, Sher-i-Kashmir institute of medical sciences. Subjects with any known causes of miscarriages including chromosomal abnormalities, immune factors and thrombophilic defects were excluded from the study. The control population consisted of 200 healthy women classified according to ethnic origin with two or more successful pregnancies and no history of miscarriages, ectopic pregnancies and still births. Informed consent from all the subjects participating in our study was obtained. The study was approved by the Institutional Ethics committee of Sher-i-Kashmir institute of medical sciences.

B.    Genomic DNA Analysis
For isolation of genomic DNA 4 milliliter of peripheral blood from each case and control subject was collected in EDTA vials. DNA was extracted by using a standard phenol/chloroform method. Genetic variants rs2234693 (C/T) and rs9340799 (A/G) polymorphisms in intron 1 of ESR1 gene were detected by Polymerase chain reaction (PCR) followed by Restriction fragment length polymorphism (RFLP) analysis. Total volume of  Polymerase chain reaction (PCR) was 25 μl containing 50 ng genomic DNA, 1× PCR buffer (Biotools, B & M Labs, S.A. Madrid-Spain) with 2mM MgCl2, 0.20mM dNTPs (Biotools, B & M Labs, S.A. Madrid-Spain), 0.4 μmol of each primer (Sigma-Aldrich Co. LLC·USA), and 1 U DNA polymerase (Biotools, B &M Labs, S.A. Madrid-Spain). PCR conditions were: initial denaturation step at 95 °C for 5 min, and  35 cycles each of denaturation for (95 °C for 30s), annealing (60°C for 30s) and extension (72 °C for 30s), followed by a final elongation at 72 °C for 5 min [Mahdavipour et al 2014 (8), Anousha et al 2013 (26)]. The primers used for amplification of ESR1-397C/T and ESR1-351A/G are given in Table 1. For RFLP analysis, 10 μl of PCR products were digested with the enzymes PvuII (-397C/T) and XbaI (-351A/G) (Fermentas Thermo Fisher Scientific Inc. Massachusetts, USA) (1 U at 37°C for 16 h), respectively. The restriction digested products and the PCR products (Table 1), were visualized through 3% agarose gel.

C.    Statistical Analysis
The prevalence of allelic and genotypic frequencies of RPL cases and controls were compared using χ2 test.  Fisher's exact test was used when χ2 test was violated (when one of the cell had an expected count of <1, or >20% of the cells had an expected count of<5). Odds ratios with 95% confidence intervals (CIs) were compared for the predisposition of the disease of specific alleles and genotypes.  The results were considered statistically significant for (P < 0.05) and statistical analysis was done with SPSS v 20 and online software via http://vassarstats.net. Haplotype analysis was done manually.

IV.    DISCUSSION
Recurrent Pregnancy Loss is a multifactorial disorder, and various candidate genes have been evaluated by studying different polymorphic genetic markers. The phenotypic effects of polymorphisms are based on gene–gene interactions, genetic effects, and gene environment interactions (1). Genetic variations concerning thrombophilic and vascular genes are reported as a significant contributor to pregnancy complications (2), (3-5).Various Polymorphisms in the estrogen receptor genes could affect different estrogen dependent pathways which further influence vascular flow and tone, leading to the disruption in maintenance of pregnancy (6-8). ESR1 plays an important role in the maintenance of uteroplacental and systemic circulation during pregnancy period (9). Reduced ESR1 expression caused by a single nucleotide polymorphism of the ESR1 gene has already been implicated in the pathophysiological aberriances of spontaneous abortions (10). To our knowledge this is the first study from our region on the association of ESR1 polymorphism and RPL predisposition. We here investigated the association between two intronic polymorphisms of the estrogen receptor α gene (ESR1 −397C/T: [rs2234693] and −351A/G:[rs9340799]), and RPL in Kashmiri Population (North India). In our study we found statistically significant differences in the allelic and genotypic frequencies between cases and controls in case of ESR1 −351A/G polymorphism [OR, 2.99; 95% CI (1.88–4.76); P < 0.001] [OR, 2.51; 95% CI (1.88–3.44); P < 0.001] (Table 3), respectively, indicating that presence of AG genotype or G allele instead of A allele imposes a significant risk for RPL predisposition. Our findings are similar with the studies of Pan et al 2014(11) in Chinese population and Pinedia et al 2010(12) in Spanish population. A Meta analysis done by Yin et al 2018 (13) revealed that rs9340799 (-351A/G) polymorphism is related to increased RPL risk in non-Asian population but decreased risk in Asian population. A possible reason for this phenomenon could be linkage disequilibrium in alleles which may differ in different ethnic populations and ESR polymorphisms in RPL may have opposite functions for Asians and non-Asians (13). However, a study from Guan et al 2002(14) did not find any association with the said polymorphism.
In case of ESR1 −397C/T polymorphism a negative correlation was observed [OR-1.29; (0.96–1.74); P=0.09] with RPL in both case-control study and various clinicopathological parameters associated with RPL. Our study is consistent with the findings of Alessio et al (7) in brazillain population, Mahdavipour et al (8) in Iranian population and Hanna et al (15) in Canadian population. However, a study in Spain found an association between ESR1 −397C.T polymorphism and increase number of miscarriages (12). Both ESR1 SNPs were observed as risk factors for various diseases such as Premature Ovarian Failure and Assisted Reproduction outcomes [cordts et al 2012(16) ;  de Mattos et al 2014(17)].
Genetic haplotype is discerned as a combination of sets of alleles on the same chromosomal segment that imparts as block (18). As -351A/G and −397C/T are in strong linkage disequilibrium we combined the genotypes into haplotypes and various haplotype combinations AG/CC, AG/CT, AG/TT, GG/CC, GG/CT & GG/TT showed statistically significant differences between RPL cases and controls. Similar findings were reported by Pan et al 2014 (11) and Pinedia et al 2010 (12). Additionally, Molvarec et al 2006 concluded that TA haplotype of −397C/T and-351A/G ESR gene polymorphism is associated with increased risk of severe preeclampsia.
Disparate mechanisms have been known to exert phenotypic effects by intronic polymorphism. It may either augment or diminish the gene transcription, deliberately affecting the splicing of RNA, producing an alternative spliced mRNA variant with the remarkable changes in gene function (19–21). Moreover, intronic polymorphism may be linked to another truly functional sequence variant that ought to be genetic marker of another polymorphism. It is reported that ESR1 −397 C allele contains part of a B-myb transcription factor binding site and functions as an intragenic enhancer (22). The transcription of myb is up-regulated by estrogen resulting in reduced expression of ESR1 gene in the presence of T allele, leading to a lower expression of an enzyme 17β-Hydroxysterioddehydrogenases(HSD), in estrogen synthesis pathway mediating the effects of estrogen which may get decreased leading to a relative estrogen deficit (23). The function of -351A/G polymorphism remains unascertained even though having functional implications.
ESR1 & 2 plays a pivotal role in maintenance of uteroplacental and systemic circulation during pregnancy (24). Decreased expression of ESR1 gene has been implicated in pathological aberriances of spontaneous abortions (25).
Selection of few SNPs for ESR1 gene evaluated in this investigation deciphers the assessment of that particular site and the one’s present in linkage disequilibrium with it. However, they do not elucidate all of the genetic variations in those genes. Therefore, the important functions of various rare mutations and SNPs towards the risk for RPL cannot be ignored. A Synergistic effect of combinations of SNPs especially in polymorphic genes is hard to appropriately describe in association studies. Functional explanations and studies and elaborative analysis of genetic variations within ESR1 gene is extensively required and well designed studies with larger samples are further required to evaluate the association between ESR1 polymorphism and Reccurent pregnancy losses.

V.    CONCLUSION
In conclusion, AG+GG genotype of (-351A/G) polymorphism is a risk factor in predisposition towards RPL and the various haplotype combinations (AG/CC, AG/CT, AG/TT, GG/CC, GG/CT & GG/TT) for the SNPs are associated with the risk of Recurrent pregnancy losses  whereas, other SNP (−397C/T) has no role in RPL in ethnic Kashmiri population.