The Internet of Things (IoT) is basically a network that connects computing devices. IoT is capable of sending massive amounts of data via a network without the need for human intervention. Cloud services are used to manage this real-time data, which is backed up by strong computing software and hardware. This information is gathered through a variety of sensors placed around the user\'s environment. IoT is the future of computation, and it will have a significant impact on our daily life. In this research, we offer a wireless sensor network driven by the Internet of Things for gas detection. Using many sensors connected by IoT, these detectors can detect burnable, flammable, and toxic gases, as well as oxygen usage. This method is extremely adaptable when it comes to wirelessly accessing remote devices all across the world. Less power consumption and computational cost are advantages of this technology. Furthermore, it aids in the construction of open and compact stack sizes.

The Internet of Things (IoT) refers to the expansion of Internet connectivity to include physical devices and ordinary objects. These gadgets, which are equipped with gadgets, Internet access, and various sorts of equipment (for example, sensors), may communicate and connect with others through the Internet, as well as be remotely checked and controlled. Sensors are ubiquitous in today's environment. We, the humans of our planet, are surrounded by sensors; for example, sensors are found in our smartphones, automobiles, industries that control CO2 emissions, and even in yard monitoring systems. WSNs (Wireless sensor systems) have been used for office, residential, and industrial applications, along with the development of compact-size and open standard stacks. The design of a cross layer strategy to combine the distributed signal-data processing and communication control offers a design of communication and sensing with less energy. WSN (wireless sensor networks) research began in the 1980s, and by 2001, WSNs had generated over a billion dollars in revenue. Kevin Ashton conceived and developed the internet of things philosophy in 1999, which provides the theory to identify their virtual representation in the Internet structure. Large buildings, automobiles, planes, and machines are among the objects. WSNs are playing a significant role in the spread of technology. A WSN is defined as a complete network of specified nodes that controls the nearby phase and allows us to connect with computers, humans, and the surrounding environment. The second half of this paper includes a literature review on wireless sensor systems, while the third section discusses the Internet of Things. The implementation of a gas detection system is detailed in Section 4, and the results gained by the system are discussed in Section 5. The paper comes to a close with Section 6.

Wireless Sensors are a network of devices that use wireless communications to measure and collect data from a monitored field. Over the field, there are many nodes that are connected to other networks. The data is linked together in the same way as wireless Ethernet is. In fact, the Internet of Things (IoT) communicates with one another by creating clever algorithms and secure information that can be shared with other IoT devices. Things on the Internet are identified using Internet Protocol Version 6 (IPv6). It allows WNS to work efficiently in the IoT. There are two crucial elements to consider in the aforementioned protocol:

Wireless systems have been very popular from the beginning, overcoming the difficulty of setup, the high cost and the lack of choices of the typical wire system, especially in monitoring remotely. Many wireless technologies are using the different purpose of various applications. Wireless sensor motes and nodes, as well as a coordinator or  coordinator, make up a WSN. The sensors are connected to the remote and are capable of calculating environmental parameters, while the data is processed by a microcontroller. With the use of wireless communication and system, the collection of databases has now been moved to the coordinator. There is a radio interface that normally delivers energy efficient communication ways to the batteries that have a longer life span. The coordinator node has no control over any device's power consumption.

The Internet of Things (IoT) is a broad notion that refers to the interconnection of devices. It is a broad idea that encompasses massive networks of interconnected networks and people who tend to share data in order to better their surroundings. It can quickly tally how many steps you've taken in a day or track the location of any object or human in a matter of minutes; it's found in microwave ovens that cook the meals. It could be a smart watch or a wearable fitness device that measures a person's heart rate. They're even utilised in sports technology that can track how quickly and far a ball is thrown and store the information in an app for future training.

Let’s discuss some applications of IOT. IOT has started playing an important role in so many fields and in near future all the things will be connected to Internet of Things.

A. Types of Wireless Sensor System

For this particular project we need some parts that are as follows:

The Arduino Uno R3 is a microcontroller board based on dual- inline-package ATmega328 and removable AVR microcontroller. It consists of 20digital I/O (input/output) pins. We can load the program on Arduino computer program in a very efficient way. Itsupports community which is extensive and creates a very easy working with embedded electronics. The latest revision of Arduino Uno is R3. 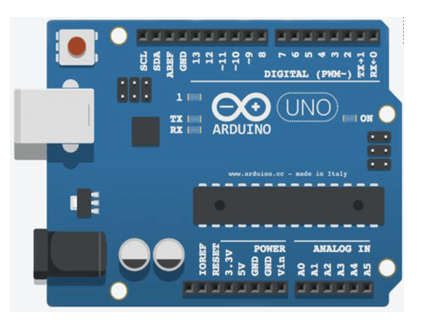 It has 20 digital input/output (I/O) pins. In a very efficient manner, we may load the software on the Arduino computer programme. It has a large user community and makes working with embedded circuits relatively simple. R3 is the most recent revision. The ATmega328 microcontroller board is completely programmed. In the provided circumstance, there are 20 total pins, 14 of which are digital input-output pins and the rest are analogue inputs. It has a 16MHz oscillator that can be easily connected to a computer by USB cable or powered by an AC to DC battery.

The MQ2 sensor is the most widely used gas sensor. MQ2 aids in the detection of combustible gas and smoke. This electronic compound sensor  is sensitive to room temperature use and can be adjusted for gas centralization [4]. As an output, a simple analogue signal can be used to provide a readout on the Arduino interface. 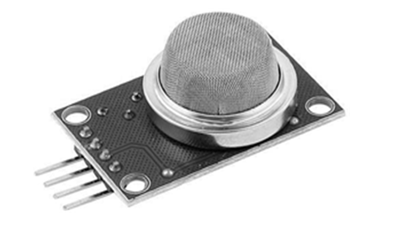 It provides the protection from suspended particles. This type of sensors is generally sensing the flammable gases which will ultimately not cause any kind of harm and the protected filters will be applied before any kind if a miss happening. It makes sure that the heated element inside the sensor doesn’t make any kind of a disturbance to the sensing power of this type of a sensor. It is made up of two layers which is enclosed and made up of stainless steel providing the anti-explosive networking system. It is working on a 5V DC and withdraws an 800mW. It can easily analyze and identify the smoke, hydrogen, alcohol and LPG from 200 to 10000 ppm range.

When LEDs are combined with IoT technology, they become smart and manageable. It's easier to keep track of data using IoT, such as the number of operational lights and each light fixture's power consumption. A facilities manager can also control the complete electrical grid and activate luminaires remotely.

An electronic circuit's flow of electrical current is limited or regulated by this electrical component. Resistors can also be used to set a certain voltage for an active device like a transistor. Carbon-composition resistors are the most commonly used in electronic devices and systems. 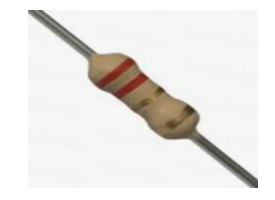 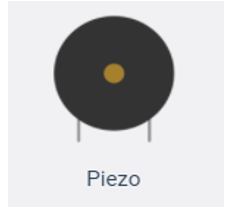 The connections of circuit for ?rduin? UN? R3 is given as:

The gas can leak from a variety of locations, including the top of the cylinder where the pipe conveying the gas to the application is located, or the pipe may split, causing leaks. As a result, when a spark happens in an area where this spilled gas is present, mishaps occur. Household activities follow the same pattern. Our project attempts to prevent such accidents by detecting gas leaks and alerting the appropriate authorities. The Arduino Uno will be used to implement this. When the Arduino receives a HIGH pulse from the Gas sensor module, the light illuminates and the buzzer begins to beep until gas is detected. When the Gas detector module sends a LOW signal to Arduino, the red led and buzzer turn off. A monitoring system of gas detector system to inform the user together with preventive has been designed as a solution to the problem.

The foundation for a simple, efficient, and consistent gas detector has been implemented and tested. The authorities may use this system to keep track of the severity of every gas spillage that occurs anywhere and issue quick public warnings. This may aid in the avoidance of unintended consequences. Burnable, combustible, and hazardous gases, as well as oxygen consumption, may all be detected with gas detectors. To stop massive amounts of gas leaking, quick and decisive action is required. With the base station near the goal location, the framework can be successfully presented, and the errand of checking should be achievable for those who are less well-prepared.

Copyright © 2022 Rajat Sharma, Jishaan Sayyed. This is an open access article distributed under the Creative Commons Attribution License, which permits unrestricted use, distribution, and reproduction in any medium, provided the original work is properly cited.