As we all know that in today\\\'s time of modernity, energy plays an important role, somewhere today we are getting almost every need of our energy in the form of electricity. And with this, today we generate 77% of electricity from coal power plants in India. According to the report of the Ministry of New and Renewable Energy, gross electricity consumption in 2019 was 1208 kWh per capita. From this data, we understand one thing that distribution of so much electricity in such a large population is a challenging task. Keep the production of your electricity in such a way that it is efficient in cost and does not harm the environment; whereas in today\\\'s time we do not get to see this, the environment is being polluted in the production of electricity, then in this paper proposal After reaching the root of this problem, we have proposed a new power plant, which is named Dry Ice Acetylene Power Plant (DIA Power Plant).

A. Problem of Modern Power Plant

According to the report of Economic Times, the power received through different means and their percentage in the power generation capacity in India are as follows.

As we have seen above, in India, 64% of the power generation source is thermal and in thermal power generation we use coal. When coal burns, we give the energy obtained from it to the boiler, in which the water is converted into steam; and later this steam spins the turbine, which generates power.

But there is a serious problem here, which is often ignored today; but we cannot leave the future on this situation. The problem arises when we look at exhaust produced by burning coal. Let's take a look at pulses once on the exhaust caused by burning coal –

After studying this chart, 2 problems arise in front of us.

As we are seeing that by burning coal, the highest amount of N2 gas and then CO2 is produced, which has very harmful effects on the environment and humans.

The poison that we are leaving in our society today, we have to stop it somewhere for the future.

After pollution and health loss, another problem that comes to our notice is that coal is being used only to provide heat to the boiler. The exhaust generated by it is not being used.

Actually, we cannot even use the exhaust obtained from coal because it contains a mixture of many gases like nitrogen, carbon dioxide etc. and to make it useful, the gases will have to be separated first, which will not be a profitable industry idea for us. So our final problem is, how can we use that exhaust in our own way.1.4 proposal

Our main task is to deliver heat to the boiler by any means; and from that heat the water turns into steam, and that steam spins the turbine to generate power.

But it is not necessary that all the time we provide heat to the boiler by burning coal, now the time has come that in some way we should use some other fuel instead of coal which does not spread much pollution in the environment and with its energy. Along with this, we can also make full use of its exhaust.

Acetylene also called ethyne, is the simplest and best known member of the hydrocarbon series, containing one or more pairs of carbon atoms linked by triple bonds [ C2 H2 ] called the acetylenic series, or alkynes. It is a colorless inflammable gas widely used as a fuel in oxyacetylene welding and cutting of metals and as raw materials in the synthesis of many organic chemicals and plastics.

The entire process of generating electricity and making full use of the exhaust is completed in 10 steps in this DIA power plant. In the first step, we purify the water and store it. In the second stage store, we produce acetylene gas by mixing calcium carbide with pure water. In the third step, by burning acetylene, the generated heat is sent to the boiler, due to which the water is converted into steam. In the fourth stage, steam is sent to the turbine, due to which the turbine starts rotating. In the fifth stage, the turbine is connected to the generator, which generates electricity.

Incomplete combustion of acetylene produces carbon monoxide [CO] gas, which acts as a poison, and if we do not have complete combustion at all, then we can skip our truncated phase which will increase the cast efficiency further.

Before designing a power plant, we need to know whether the new design we have made is cost efficient or not. In cost estimation we will compare this power plant with thermal power plant.

In this new proposal we are using acetylene gas in place of time and converting exhaust into dry ice.

Mean per kg acetylene gas can generate 48.2 MJ energy after combustion. Now we will calculate how much we have to pay for generate 1 kg acetylene.

For generation of 1 mole acetylene we have to need 1 mole calcium carbonate and 2 mole water.

Therefore, to produce one kilogram of acetylene, we will have to invest 57.853475 Rs, from which we will get 48.2 MJ of energy and we will get two new products which we can sell in the right market and make our power plant profitable.

We will convert the exhaust carbon dioxide again into dry ice by rotating it in a cycle.

So, on complete combustion of 1 kg of acetylene, we will get 3.3801 kg of carbon dioxide, which goes on to be converted into dry ice.

For per kg acetylene gas

In the end, we have to invest Rs 22.95 to get the energy from as much as 1 kg of acetylene. While 57.85 rupees have to be invested in acetylene to get the same energy, yet our DIA power plant is more efficient than thermal power plant, let's see it further.

Therefore, in this way, by replacing coal in power generation, the advantage of acetylene gas is that there is not much gas mixture in the exhaust that comes out in it, so we can use those gases also. We also make acetylene gas through calcium carbide, and purified water. In this process we get biproduct calcium hydroxide, for which the market doors are open.

Therefore, through this type of power plant, we can not only generate power but also save our environment from harmful gases. And if the products generated by the power plant like calcium hydroxide and dry ice are properly transported to the right market, then we will find this multipurpose power plant more economical than the old power plant.

Comparative Study of Thermal Power Plant and Dry Key Power Plant (DIA Power Plant) on the basis of Result obtained - Here we will compare coal and acetylene by assuming that the energy obtained from them (MJ / kg) will be equal. Fuel type Gain Energy Fuel required/Kg Cost of Fuel Biproducts name Biproducts in Kg Biproducts price Total Pollution Coal 48.2 MJ 2.295 Kg 22.95 Rs - - - -22.95Rs CO2,NOx Acetylene 48.2 MJ 1 Kg 57.85 Rs Ca(OH)2 2.46 Kg 23.45 Rs +55.07Rs - Dry Ice 1.98 Kg 89.472 Rs So we can clearly see where we are getting only energy in thermal power plants; on the other hand, we get the same amount of energy in dry acetylene power plants as well as 95.19% return as its biproduct. And almost our entire power plant will run free of cost. Also, we will not harm our environment in the form of pollution.

Copyright © 2022 Gaurav Singh Patel, Saurabh Kumar Gautam, Sonali . This is an open access article distributed under the Creative Commons Attribution License, which permits unrestricted use, distribution, and reproduction in any medium, provided the original work is properly cited. 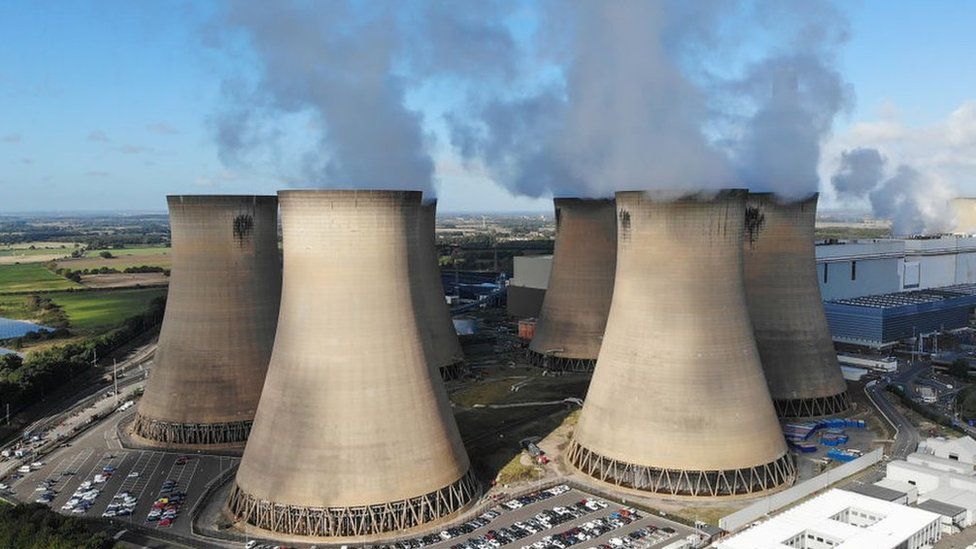