This system monitors speed of BLDC motor using fuzzy logic. This system uses an 8051 microcontroller to achieve this purpose. Here, we constantly monitor the motor’s speed using an IR sensor. The photo-diode is used to keep track of the fan’s motor rotation and measure the RPM. This sensor is integrated with the microcontroller and provides input to the system. The microcontroller then calculates the RPM of motor based on signals provided by the photo-diode. The microcontroller is also integrated with an LCD display to show the status of the system along with the speed of the motor. The fuzzy logic is used in this project to increase and decrease PWM supply based on the RPM of fan monitored to keep it rotating close to the desired speed. Thus, microcontroller constantly provides PWM pulses to keep the motor rotating at the desired speed as per fuzzy logic.

A. What is Fuzzy Logic?

Fuzzy logic is an approach to computing based on "degrees of truth" rather than the usual "true or false" (1 or 0) Boolean logic on which the modern computer is based. The idea of fuzzy logic was first advanced by Dr. Lotfi Zadeh of the University of California at Berkeley in the 1960s.Dr. Zadeh was working on the problem of computer understanding of natural language. Natural language (like most other activities in life and indeed the universe) is not easily translated into the absolute terms of 0 and 1. (Whether everything is ultimately describable in binary terms is a philosophical question worth pursuing, but in practice much data we might want to feed a computer is in some state in between and so, frequently, are the results of computing.)

It may help to see fuzzy logic as the way reasoning really works and binary or Boolean logic is simply a special case of it. Fuzzy logic includes 0 and 1 as extreme cases of truth (or "the state of matters" or "fact") but also includes the various states of truth in between so that, for example, the result of a comparison between two things could be not "tall" or "short" but ".38 of tallness." Fuzzy logic seems closer to the way our brains work. We aggregate data and form a number of partial truths which we aggregate further into higher truths which in turn, when certain thresholds are exceeded, cause certain further results such as motor reaction. A similar kind of process is used in neural networks, expert systems and other artificial intelligence applications. Fuzzy logic is essential to the development of human-like capabilities for AI, sometimes referred to as artificial general intelligence: the representation of generalized human cognitive abilities in software so that, faced with an unfamiliar task, the AI system could find a solution.

The AT89S52 is a low-power, high-performance CMOS 8-bit microcontroller with 8K bytes of in-system programmable Flash memory. The device is manufactured using Atmel’s high-density nonvolatile memory technology and is compatible with the industry standard 80C51 instruction set and pin out. The on-chip Flash allows the program memory to be reprogrammed in-system or by a conventional nonvolatile memory programmer. By combining a versatile 8-bit CPU with insystem programmable Flash on a monolithic chip, the Atmel AT89S52 is a powerful microcontroller which provides a highly-flexible and cost-effective solution to many embedded control applications.. In addition, the AT89S52 is designed with static logic for operation down to zero frequency and supports two software selectable power saving modes. The Idle Mode stops the CPU while allowing the RAM, timer/counters, serial port, and interrupt system to continue functioning. The Power-down mode saves the RAM contents but freezes the oscillator, disabling all other chip functions until the next interrupt or hardware reset.

As the name suggests brushes are absent and hence in this case, commutation is implemented electronically with a drive amplifier that uses semiconductor switches to change current in the windings based on rotor position feedback. In this respect, the BLDC motor is equivalent to a reversed DC commutator motor, in which the magnet rotates while the conductors remain stationary. Therefore, BLDC motors often incorporate either internal or external position sensors to sense the actual rotor

An IR LED, also known as IR transmitter, is a special purpose LED that transmits infrared rays in the range of 760 nm wavelength. Such LEDs are usually made of gallium arsenide or aluminum gallium arsenide. They, along with IR receivers, are commonly used as sensors. The appearance is same as a common LED. Since the human eye cannot see the infrared radiations, it is not possible for a person to identify whether the IR LED is working or not, unlike a common LED. To overcome this problem, the camera on a cell phone can be used. The camera can show us the IR rays being emanated from the IR LED in a circuit.

A photodiode is a type of photo detector capable of converting light into either current or voltage, depending upon the mode of operation. Photodiodes are similar to regular semiconductor diodes except that they may be either exposed (to detect vacuum UV or X-rays) or packaged with a window or optical fibre connection to allow light to reach the sensitive part of the device. Many diodes designed for use specifically as a photodiode will also use a PIN junction rather than the typical PN junction.

Diodes are used to convert AC into DC these are used as half wave rectifier or full wave rectifier. Three points must he kept in mind while using any type of diode.

The project uses IR light reflection principles for sensing revolutions per minute of the motor speed.One IR LED is forward biased by a resistor R3 & a photodiode is in reverse biased condition by R4 and an adjustable bias to the transistor Q1 by RV1. These diodes are kept close  by ,such that the IR reflection takes place once every rotation of the motor shaft mounted white patch. Once the IR light is reflected back on the photo diode it starts conducting that drives the Q1 to saturation leading to its collector going to ground i.e. logic zero. This logic zero happens once on every rotation of the motor. The program is so written that while executed it takes one  pulse duration per every rotation of the motor shaft as an input. Thus the counting pulse in a minute gives the speed in RPM. An LCD is connected to indicate the same.

This project of Closed loop feedback operated motor speed control is a cost effective, practical, eco-friendly and the safest way to save energy. If a control theory cannot be applied to a practical application, the theory is not of great worth. We developed an intelligent electric bicycle base on fuzzy logic and single chip approach. The bicycle has two ridding modes, which can be changed by a slide switch. Here in this project, we are designing a product which is automated in measuring the speed of motor rotating with high frequency using a Remote IR module which is being kept on the either side of the motor shaft. This IR module will interrupt the micro controller which acts as the main heart of the project. By that action of the IR module with the controller at a time being is measured and the result is displayed on the LCD. Hence the mileage of the bicycle also increases as it can travel more distance in a single battery charge. Thus, it moves us another step ahead towards a pollution free transportation system. Fuzzy control for this bicycle will solve 2 problems: 1. Inefficient use of battery due to external factors – terrain, weight, etc. 2. Current overflow above the threshold value which can result in circuit failure. The speeds at different duty cycle of PWM signal are noted and then using the rectifier that exists on the opposite side of a three-phase inverter, the generated three phase sinusoidal back emf is rectified to charge the battery. In particular, one switch like a single pole double throw is used to change the operating modes. Finally, braking current at different speeds and the braking current time are noted. 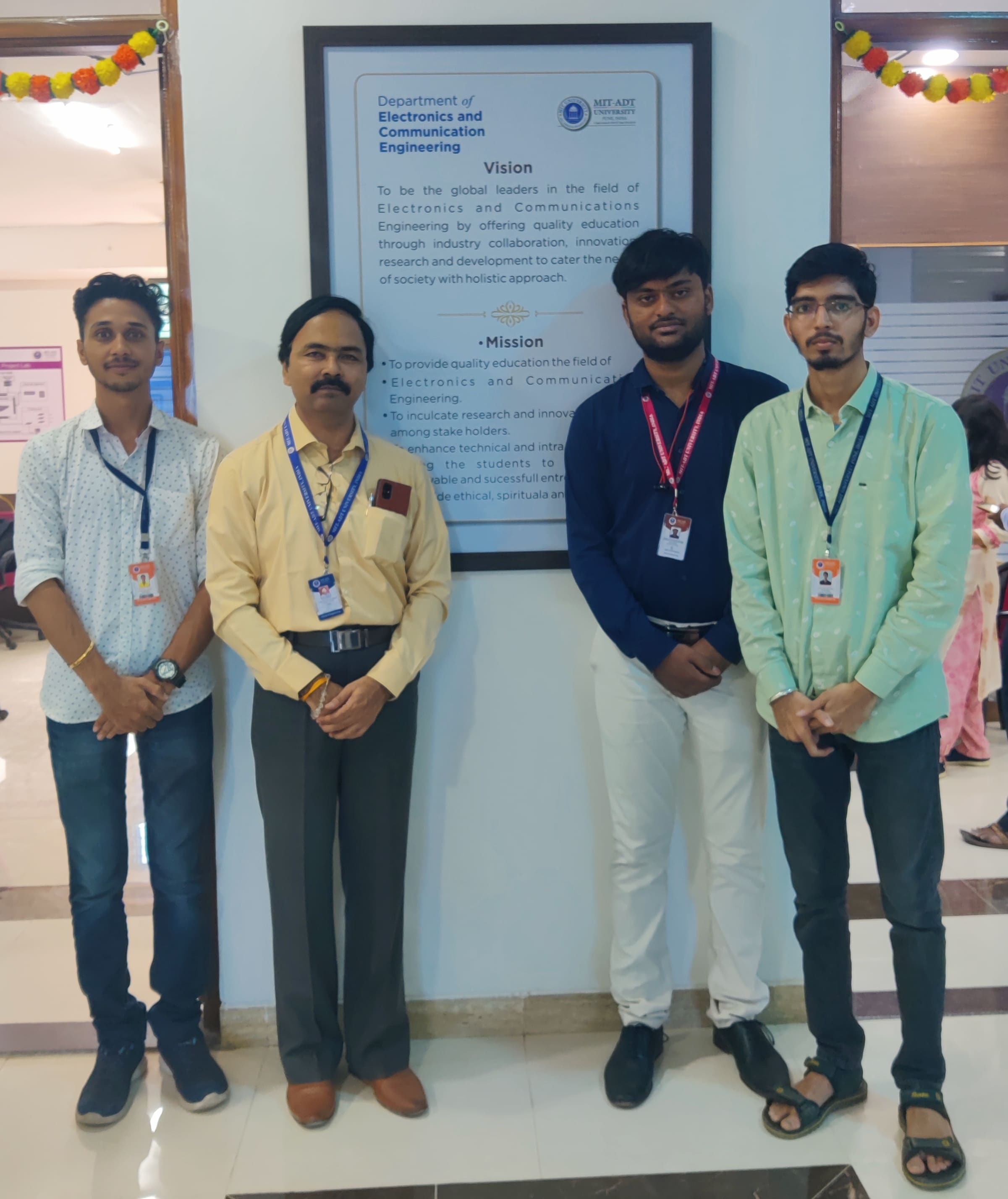