Today, the net has entered into our daily life and all the services are stirred on-line. on the far side reading the news, trying to find info, and different threat free task, we have conjointly become acquainted with different risk-related work, such as paying victimization credit cards, checking/composing emails, on-line banking, and so on. whereas we have a tendency to appreciate its benefits, we have a tendency to square measure putting ourselves in danger. Eye trailing is that the method of police investigation the attention location across video frame. The motion of the attention relative to the pinnacle may also be additional interest. Eye trailing is vital for development and analysis areas like visual systems, psychological analysis, scientific discipline and products style. An eye trailing system is associate integration of a group of devices and associated programs for mensuration eye positions and movement, and correlating the results to a similar eye across images non inheritable consecutive over time.

When users insert their passwords in a common area, they might be at risk of aggressor stealing their password. The PIN entry can be perceived by close by adversaries, more effectually in a crowded place. A new technique has been established to cope with this problem that is cryptography prevention techniques. Instead, there have been alternative approaches among them, the PIN entry was elegant because of its simplicity and accessibility. The basic BW method is focused to withstand a human shoulder surfing attack. In every round, a well ordered numeric keypad is colored at odd. A user who knows the accurate PIN digit can enter by pressing the separate color key. The IBW method is examined to be confidential against human nemesis due to the restricted cognitive abilities of humans. Also the IBW method is proven to be robust against any hacking attacks.

Researchers have proposed systems in which users utilize an eye tracker to enter passwords by merely looking at the proper symbols on the computer monitor in the appropriate order. This authentication method is immune to the practice of shoulder surfing: secretly observing the keystrokes of a legitimate user as he or she types a password on a keyboard. In this paper we describe the EyeDent system—in which users authenticate by looking at the symbols on an on-screen keyboard to enter their password. Existing eye-tracking based.authentication systems require the user to dwell or press a trigger when looking at each symbol.

Author: Justin Weaver, Kenrick Mock, Bogdan Hoanca Here researchers have proposed one system i.e eye tracker to enter password by looking at the proper symbol on the computer monitor in an appropriate order. This type of authentication is used in order to avoid shoulder surfing. And in this paper we have discussed the Eye Dent System in which users authenticate by looking at the symbols on an server to enter their password. And in Eye Dent, gaze points are automatically clustered to determine the user selected symbols. Result from this investigation indicates that quick authentication is possible using this scheme.

The use of personal identification numbers (PINs) is a common user authentication method for many applications, such as money management in automatic teller machines (ATMs), approving electronic transactions, unlocking personal devices, and opening doors. Authentication is always a challenge even while using PIN authentication. According to European ATM Security, fraud attacks on ATMs increased by 26% in 2016 compared to that of 2015. Authorized user enters the code in public places make PIN entry vulnerable to password attacks, such as shoulder surfing as well as thermal tracking.

The algorithm has four stages:

a. Haar Feature Selection: First step is to collect the Haar Features. A Haar feature considers adjacent rectangular regions at a specific location in a detection window, sums up the pixel intensities in each region and calculates the difference between these sums.

3. Adaboost Training: Among all these features we calculated, most of them are irrelevant. For example, consider the image below. Top row shows two good features. The first feature selected seems to focus on the property that the region of the eyes is often darker than the region of the nose and cheeks. The second feature selected relies on the property that the eyes are darker than the bridge of the nose. But the same windows applying on cheeks or any other place is irrelevant.

The cascade classifier consists of a collection of stages, where each stage is an ensemble of weak learners. The weak learners are simple classifiers called decision stumps. Each stage is trained using a technique called boosting. Boosting provides the ability to train a highly accurate classifier by taking a weighted average of the decisions made by the weak learners. Each stage of the classifier labels the region defined by the current location of the sliding window as either positive or negative. Positive indicates that an object was found and negative indicates no objects were found. If the label is negative, the classification of this region is complete, and the detector slides the window to the next location. If the label is positive, the classifier passes the region to the next stage. The detector reports an object found at the current window location when the final stage classifies the region as positive. The stages are designed to reject negative samples as fast as possible. The assumption is that the vast majority of windows do not contain the object of interest. Conversely, true positives are rare and worth taking the time to verify.

To work well, each stage in the cascade must have a low false negative rate. If a stage incorrectly labels an object as negative, the classification stops, and you cannot correct the mistake. However, each stage can have a high false positive rate. Even if the detector incorrectly labels a nonobject as positive, you can correct the mistake in subsequent stages. Adding more stages reduces the overall false positive rate, but it also reduces the overall true positive rate. Cascade classifier training requires a set of positive samples and a set of negative images. we must provide a set of positive images with regions of interest specified to be used as positive samples. we can use the Image Labeler to label objects of interest with bounding boxes. The Image Labeler outputs a table to use for positive samples. we also must provide a set of negative images from which the function generates negative samples automatically. To achieve acceptable detector accuracy, set the number of stages, feature type, and other function parameters.

???????5.  LBPH Face Reorganization: Local Binary Patterns Histogram algorithm was proposed in 2006. It is based on local binary operator. It is widely used in facial recognition due to its computational simplicity and discriminative power.

The steps involved to achieve this are:

The LBPH algorithm is a part of opencv. Steps

being the intensity of the the neighbor pixel

Using median pixel value as threshold, it compares a pixel to its 8 closest pixels.

This way the following neighborhoods are captured: 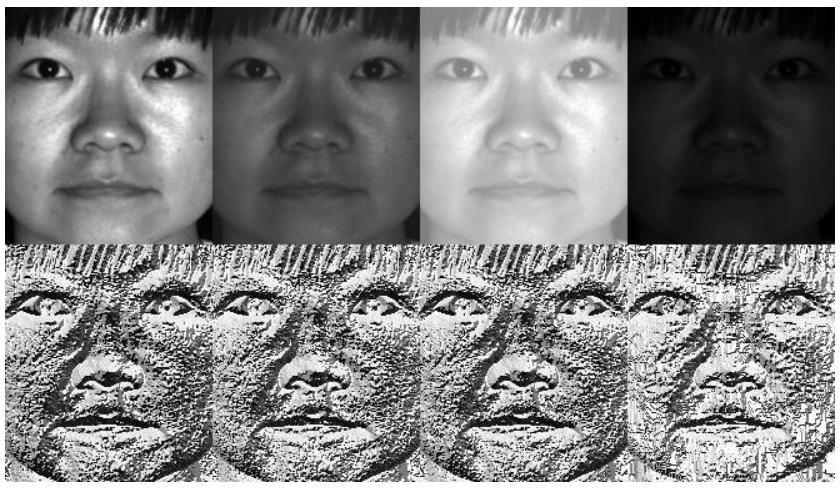 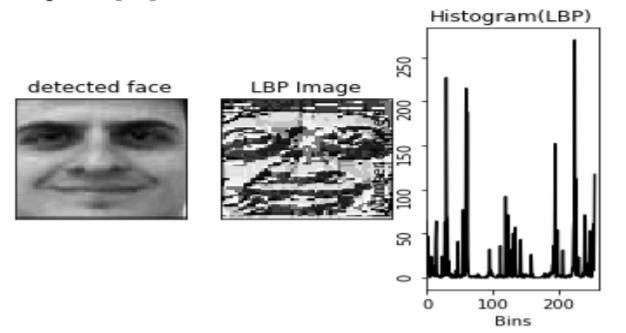 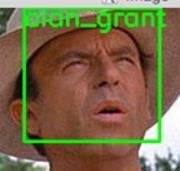 The method for entering passwords can be made safe enough using latest method that is eye blinking .User’s can enter the password by blinking the eye at the suitable symbols in the appropriate order which will make the user’s is invulnerable to shoulder surfing(observation of user while typing his/her password through the keyboard

We are going to propose the three layer security scheme to avoid the shoulder surfing and thermal tracking attacks. Our system contains the three layers which are 1.Face reorganization, 2. Eye- blink verification, and 3.

OTP by combining all this layers   we are going to implement our secure framework to avoid shoulder surfing and thermal tracking attacks. In our frame works there is no physical entry of password so we are completely avoiding the shoulder surfing and thermal tracking attacks. For the first layer security we are using Deep Learning algorithm., for the second layer we are using OpenCV.