Cryptography technique translates original data into unread- able form. Cryptography technique is divided into symmetric key cryptography and public key cryptography. This technique uses keys for translate data into unreadable form. So only authorized person can access data from cloud server. Cipher text data is visible for all people. Cryptography is used by security professionals for various reasons but the three main reasons for using cryptography are: Data Confidentiality, Data Integrity and Data Authentication [3]. Confidentiality or data privacy is the most important goal of cryptography hence the meaning of a message is encoded to conceal it. The sender uses a cryptographic key to encrypt the message and the recipient also uses the same or a different cryptographic key to decrypt or decode the message. Data integrity involves ensuring that the message received is similar to the sent message i.e it has not been modified or altered in any way. A unique message digest is created using hashing from the sent message and using the same technique, the recipient creates a second digest from the received message for comparison with the original one [3]. The most simplest form of encryption is known as the Caesar’s cipher which is done by simply shifting each lettera set of spaces up or down the alphabet. There are primarily4 main types of cryptography in use today each with its own set of advantages and disadvantages [3]. delivery hence it is not suitable for communications over internet [2].

a. RSA algorithm - accounts for the primary encryption of the file.

b. AES algorithm -generates a secret key to decrypt and download the file.

In The paper we avoids use of LUTs and proposes use of composite field data path for the SubBytes and InvSubBytes transformations. The use of such data paths is the key for the de- sign of high-speed subpipelined AES architectures [4]. A hybrid encryption algorithm mixing AES and RSA algorithms is suggested in this paper to overcome the above issues in order to solve file encryption performance and security problems. The experimental results suggest that the RSA and AES hybrid encryption algorithm can not only encrypt files, but also pro- vide the benefits of efficiency and protection of the algorithm

[5]. Khairnar, Dr. Vaishali Kadam, K. (2015). Hybrid RSA- AES Encryption for Web Service presents a method which enhances security for data by hybrid encryption, which can be used itself as end-to-end encryption or in addition to the existing SSL. This enhances security of data exchange between two clients using web service as an intermediary. The proposed solution encrypts the content block which can be only decrypted by client side, and not on the web server [6]. In the paper is proposed two new hybrid algorithms using combination of both symmetric and asymmetric cryptographic algorithm such as Twofish, AES, RSA and ElGamal. To analyze results was used JAVA program implementation. The results shows that the proposed hybrid algorithm AES+RSA is significantly secure. However, Twofish + RSA hybrid has other advantages like better computation time, the size of cipher text, and the memory consumption [7].To overcome the tech- nique problem of key management and database encryption in the implementation process of database encryption system, some difficult technology of encrypt/decrypt engine in the implementation process are discussed, the hybrid cryptography encryption program is presented based on IDEA combined with RSA, and the encryption system is designed and realized [8].In this paper a hybrid cryptography algorithm is proposed in order to achieve confidentiality and increase security in the communications taking place over the internet. The paper also focuses on the time taken for the encryption and decryption process so that the algorithm is not CPU exhaustive [9].This paper concluded that the proposed method provides high secu- rity on data transmission over the internet and proper network access on demand to a shared tank of constructive computing resources, mainly net, server, and storage application [10].

2. Encryption Method: Is used for encrypting an image or text by using public key.

The text is encrypted using the public key (n, e) from the equation

AES algorithm belongs to a block cipher of symmetric cryptography. The rounds of repeated transformations in this algorithm are called round transformation. There are 3 types of round transformations called initial round, repeating round and final round. Each round includes processes of SubBytes, ShiftRows, MixColumns and AddRoundKey, and the final round does not have a MixColumns process. The process of SubBytes is to replace the data of 4×4 state matrix into the corresponding data in SubBytes table according to the algorithm [12]. The process of ShiftRows is to implement left cyclic shift on the data in state matrix. It means that the first row of the matrix remains unchanged, the second row is left-shifted by 1 byte, the third row is left-shifted by 2 bytes, and the fourth row is left-shifted by 3 bytes. The process of MixColumns is pre-multiplying MixCol- umns matrix with state matrix. The process of AddRoundKey is to perform a bitwise XOR operation on data and round key. The process of ExpandKey is to generate round keys by using Recursive Algorithm, using initial key as the initial state of a recursive equation and generating a group of round keys per round [12].

Hybrid Cryptography RSA is a public key encryption tech- nique based on hybrid theory .It is used to create faster, smaller, and more efficient cryptographic keys. RSA keys are generated through the properties of the hybrid equation instead of the traditional method of generation as the product of very large prime numbers.RSA is becoming widely used for mobile applications because it helps to establish equivalent security with lower computing power and battery resource usage. RSA was developed by Certicom, a mobile e-business security provider, and was recently licensed by Hifn, a manufacturer of integrated circuitry (IC) and network security products.

An hybrid is represented as a looping line intersecting two axes (lines on a graph used to indicate the position of a point) and not an ellipse (oval shape).

RSA is based on properties of a particular type of equation created from the mathematical group (a set of values for which operations can be performed on any two members of the group to produce a third member) derived from points where the line intersects the axes. Multiplying a point on the curve by a number will produce another point on the curve, but it is very difficult to find what number was used, even if you know the original point and the result. The derived equations have a characteristic that is very valuable for cryptography purposes they are extremely difficult to reverse and relatively easy to perform. Both clouds agree to some publicly-known data item.

The elliptic group computed from the hybrid equation lower security can also be employed. It is also possible to combine another algorithm that will encrypt data given by the IDEA algorithm. This inclusion of third algorithm will increase the security but there are two sides to a coin. As a result Security will increase but time that is taken to convert the plain text into final cipher text will be greater than previous hybrid algorithm. So it is the demand of application in which the user is going to use security algorithm ,which factor is important time or security. A fair role must be played between time taken by the algorithm and level of security, both must be reasonable [13].

Hybrid cryptography using RSA and AES algorithm enables user to secure data safely on cloud and makes it accessible only to people who have the secret key .Even a minor error in the secret key would lead to error in encryption and decryption.The web application (.NET) is connected to user’s Gmail account and sends the Username,password and secret key via mail.Data can be uploaded in text and image format. This data is stored on cloud in encrypted format and can be decrypted and downloaded using secret key.

After studying the cryptographic model, the conclusion is that data security is the most considerable topic related to cloud computing technology. The integration between sym- metric and asymmetric cryptosystems is employed to over- come security limitations .User would try to secure sensitive data on the cloud by applying the hybrid of different en- cryption algorithms such as RSA and AES. This study also concludes that hybrid cryptography enhances the performance and adds more security levels to the data compared to applying these algorithms individually. All of the examined studies have benefits and some drawbacks. In the future, we aim to overcome these drawbacks to enhance security, integrity and performance.A base point, B, taken from the elliptic group Encryption and Decryption Process is shown in figure 1 and figure 2 shows the Time graph of all the algorithms with different types of data.

Copyright © 2022 Utkarsha Kulkarni, Rosemeen Mansuri, Riya Adikane. This is an open access article distributed under the Creative Commons Attribution License, which permits unrestricted use, distribution, and reproduction in any medium, provided the original work is properly cited. 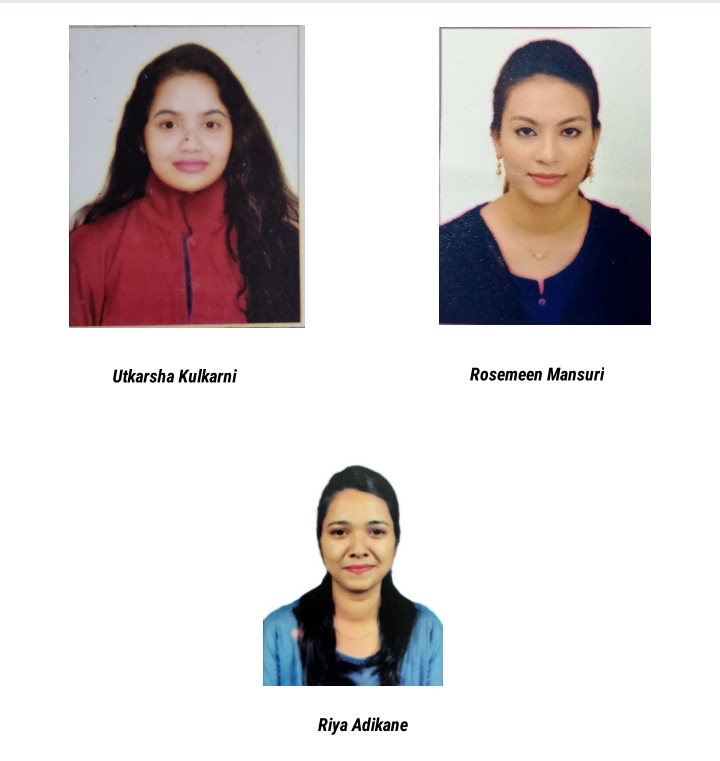