Review of IoT Based Intelligent BINS and Smart Waste Management

Urban India generates tones of wastes annually. Our country faces major challenges associated with waste management. Conventional garbage collection is not efficient since the authorities are not notified until the waste bin is full, and this leads to overflow of waste material. Efficient way of waste disposal and collection of disposed garbage is essential for a sustainable and clean India. This paper presents smart waste management using loT based waste bin for collection and monitoring the level of waste inside bin. The system is implemented using two ultrasonic sensors which is being controlled by Node MCU. One of the ultrasonic sensor detects the level of the waste in the bin and other detects the person approaching the bin to dispose the waste. This detection helps in automatic opening and closing of the lid. Servo motor is connected to the lid which serves the action of closing and opening of the lid. In this system, level of waste in the bin will be sent to concerned authorities. The loT data is stored and monitored using Blynk app. The proposed system is reliable, cost effective and can be easily implemented.

Over the decades, human had their own ways of waste management mechanisms at household levels. They had simple life styles in which everything consumed was environmental friendly. The wastes produced at households were in small quantities and biodegradable. The houses had enough land space where the residents were able prepare garbage pits. Over the time, the waste turned into compost and was used in plantation as a fertilizer.. The whole process was environmental friendly and sustainable. Eventually, with the increase in population people tend to move into cities looking for better living standards. Land areas used to build houses became limited to a few number of perches and the goods/products consumed are readymade wrapped in artificial materials like polythene or plastics. In such a situation, it is unable to manage waste as done in the past.

Thus, people tend to dump garbage into surrounding natural environments or waste disposal sites maintained by government authorities, however, garbage is not separated in either case. Due to the large population within city areas, the amount of garbage dumped into these places is increasing daily. The municipal solid wastes are generated in large quantities creating many social and environmental issues in many countries, including Sri Lanka. Solid waste management is one of very important services every lotty government provides for their residents. While service levels, environmental impacts and costs vary dramatically, solid waste management is arguably the most important municipal service and serves as a prerequisite for other municipal action.

Waste collection is the collection of solid waste from the point of production (residential, industrial

commercial, institutional) to the point of treatment or disposal. Municipal solid waste is collected in several ways:

Though government authorities have implemented mechanisms to collect waste still it has loopholes. As estimated, waste generation in the country ranges between 0.4 - 0.85 kg per person and the total waste generation is estimated to be 6400 tons a day whereas waste collection is only about 3470 tons a day (Sri Lanka Sustainable Energy Authority/ Waste Analysis). Until collected, waste just piled up in bins or at surrounding areas. Uncollected solid waste contributes to flooding, air pollution, and public health impacts. There is no mechanism to inform the authorized parties about the sources where the waste is piled up, so, they can visit those places and pick up waste immediately.

To address the problems related to waste collection, this paper discusses a modern waste management system using Internet of Things (IT). IoT is a concept of connecting any device to the Internet and to other connected devices. The IT is a giant network of connected things and people - all of which collect and share data about the way they are used and about the environment around them. The authorities involved in waste management are beginning to develop and implement IoT-related solutions. The proposed IoT Smart Bin model is equipped with sensors and will make predictions based on the measurements gathered from the sensors. The model provides intelligence to waste bins which notifies the authorized parties about the waste collected locations.

The proposed IOT based Smart Waste Bin Model consist of Data Gathering Layer (DGL), Data Processing Layer (DPL) and Data Demonstration Layer (DDL). As shown by the following figure, the Data Gathering Layer (DGL) consists with different types of sensors used to take the measurements from the waste bin. The sensor readings taken by the Data Processing Layer (DPL) which uses a micro controller (Raspberry Pi module) for the processing. According to the logics defined, the Smart Bin Model will make predictions about the temperature level, humidity level and the capacity of the waste bin. The MQTT protocol, handles the message transmission between the micro controller sub system and the dash board. The Data Demonstration Layer (DDL) consists with Alert Notification Sub System and a Dash Board. The Alert Notification Sub System (ANS) consists with different types of indicators which show the temperature level, humidity level, remaining waste bin capacity level and a sound buzzer to alert the waste collecting parties about the status of the waste bin. The Dash Board visualizes the sensor measurements and the notifications to the authorized parties.

The IOT Smart Waste Bin Model developed to be deployed in legally authorized pre-defined waste disposal areas situated around the country. When designing the model mainly the authors were focused on making a prediction system based on the remaining waste in bins. The main objective of this simulation module is to deploy a sensor based network into authorized waste disposal areas so it will gather data from sensors to make predictions about the waste levels and develop a notification system which will inform the local authorities about highly prioritized waste collecting sources.

Different types of sensors (DHT-11, HY-SR05) used to collect the data from the waste bin which is equipped with the Raspberry Pi module. The DHT-11 sensor is used to measure the temperature and

The micro controller uses Node-Red, which is a programming tool that comes with the raspberry pi used in wire hardware devices, APIs and online services that support IT Applications.

Node-Red (Node-RED , Flow based programming for the Internet of Things.), uses different types of node flows and according to the type of sensors connected with raspberry pi unit, it collects the data transferred and analyzes the data to male the predictions according to the Logic defined to the flows.

The data transferred by the sensors are analyzed by the micro controller at this point. The controller takes the DHT-11 sensor measured temperature and humidity level (DHT11 Product Manual) of the smart waste bin. When the waste inside the bin degraded it produces gases like ammonia which results in increasing temperature level. Most of the waste bins located by the waste collecting parties are closed with a lid. When the temperature level increases due to the gases retain inside and need to take necessary proactive actions based on the details, to prevent any accidental damages.

The humidity level inside the bin measured is to inform the ambient condition of the bin owing to ensure about the proper functioning of other sensors. With high humidity the fungus reaction increases while producing unpleasant smells in surrounding. Notifying the measurements will prevent to such situations.

The HY-SR05 sensor (HC-SRO5 / HY-SRF05 Precision Ukrasonic Distance Sensor) is used to measure the filling level of the smart waste bin. When the sensor reading taken by the controller, according to the remaining capacity of the bin, it will inform the percentage of the filling level to the authorized parties.

MQTT protocol (MQTT Protocol, for MQ Telemetry Transport.) is used by the IOT module within the Data Processing Layer. MQTT is a machine-to-machine (M2M)/"Internet of Things" connectivity protocol. It was designed as an extremely lightweight publish/subscribe messaging transport. MQTT uses a topic based mechanism, where according to the data gathered from the sources (sensors) the MQTT publisher, publishes the topics according to the sensor readings in to MOTT Broker, when needed the MQTT Subscribers (authorized parties) will make a connection with theMQTT broker and take the topics for its use as shown by the figure

When the MQTT server gets the data from Data Gathering Layer (DGL), it publishes the topics to the MQTT Broker. According to the threshold levels defined for the temperature, humidity and filling level the alert messages will be sent by the MQTT broker to the MQTT subscribers informing the critical level of measurements (temperature/humidity/bin capacity).

The IOT Smart Waste Bin module developed to make predictions, based on the data collects from the sensors. It uses a cloud based platform to integrate Smart Waste Bins and the authorized parties (subscribers). The sensor measurement visualizes the user by integrated online dashboard where subscribers can get connected. Charts, meters, indictors Which show temperature readings, bin capacity level and humidity readings are shown similar to figure.

We built an efficient E-Waste monitoring system which can be used to monitor the level of E-Waste in the dump. This data can be further used to plan E-Waste collection trips more efficiently, ultimately reducing overflowing bins and helping have better public sanitation. Causal Productions permits the distribution and revision of these templates on the condition that Causal Productions is credited in the revised template as follows: “original version of this template was provided by courtesy of Causal Productions (www.causalproductions.com)”. There is a great scope for the modifications of the e-Garbage monitoring system in future. The system can be improved by adding new functionalities like line follower robot to it, when the bin is full directly it is dumping on tipper. 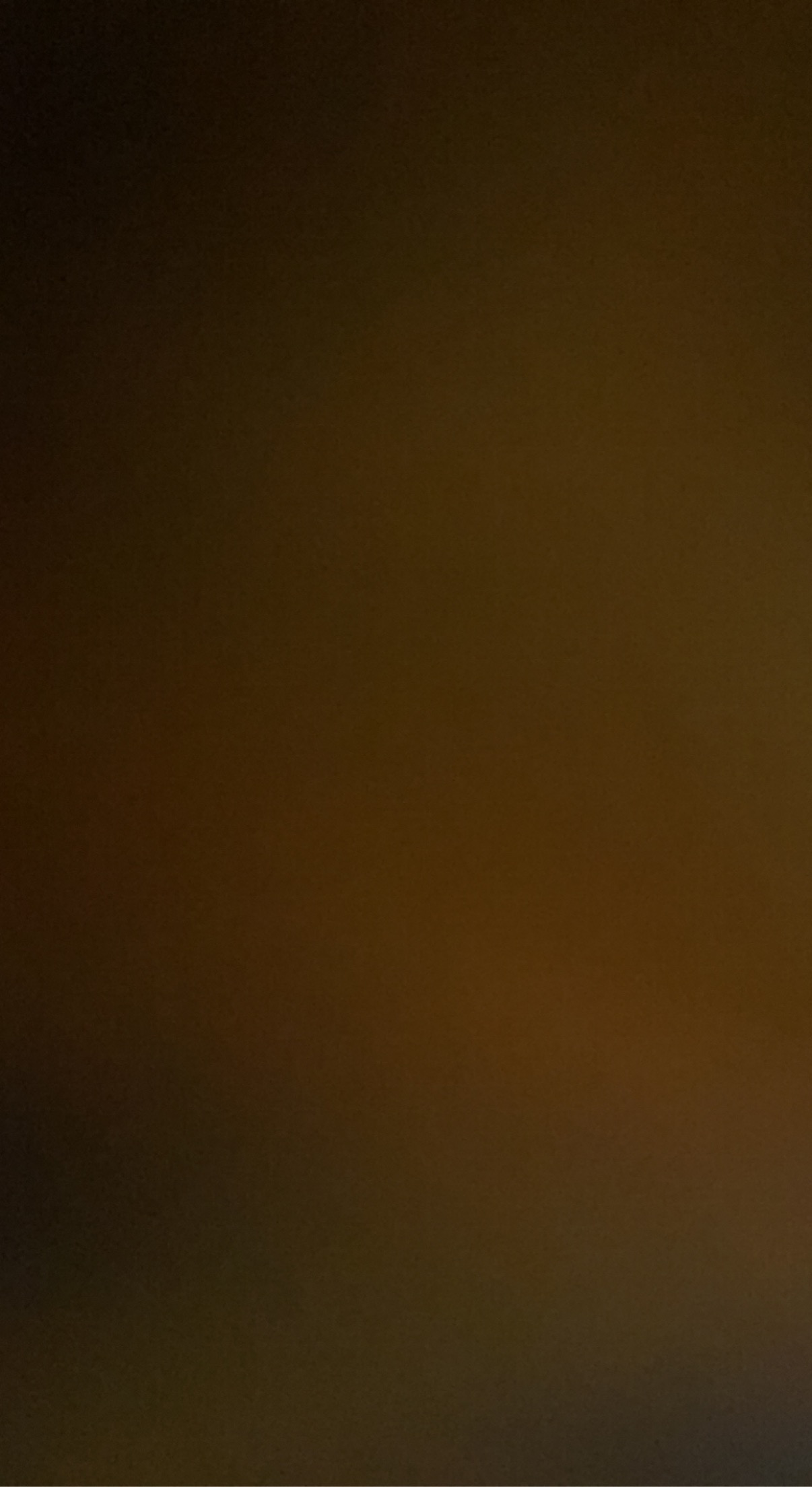