Modelling and Simulation of Dynamic Voltage Restorer in Power System

Recently, Power quality is one of major concerns in the present era. It has become important, especially, with the introduction of sophisticated devices, whose performance is very sensitive to the quality of power supply. To improve the power quality, custom power devices are used. The device considered in this work is Dynamic Voltage Restorer. Thispresents modelling, analysis and simulation of a Dynamic Voltage Restorer (DVR) constructed in Simulink environment. Here, different supply voltage conditions are considered for linear loads. The major problems dealt here are voltage sag, voltage swell, and voltages unbalances. The role of DVR to compensate load voltage is investigated during the different supply conditions like voltage sag, voltage swell, and supply voltage unbalance. Therefore, it is a highly prospective branch of energy, which would play a significant role in the future.

Among the power quality problems (sags, swells, harmonics) voltage sags, swells and supply voltage unbalances are the most serve disturbances. In order to overcome these problems, the concept of custom power devices is introduced recently. One of those devices is the Dynamic Voltage Restorer (DVR), which is the most efficient and effective modern custom power device used in power distribution networks. DVR is a recently proposed series connected solid state device that injects voltage into the system in order to regulate the load side voltage. It is normally installed in a distribution system between the supply and the critical load feeder at the point of common coupling (PCC). Other than the voltage sags and swells Injection, DVR can also be added other features like line voltage harmonics Injection, reduction of transients in voltage and fault current limitations.

A DVR is a solid-state power electronics switching device consisting of either GTO or IGBT, a capacitor bank as an energy storage device and injection transformers. It is linked in series between a distribution system and a load. The basic idea of the DVR is to inject a controlled voltage generated by a forced commuted converter in a series to the bus voltage by means of an injecting transformer. A DC to AC inverter regulates this voltage by sinusoidal PWM technique. All through normal operating condition, the DVR injects only a small voltage to compensate for the voltage drop of the injection transformers and device losses. However, when voltage sag occurs in the distribution system, the DVR control system calculates and synthesizes the voltage required to preserve output voltage to the load by injecting a controlled voltage with a certain magnitude and phase angle into the distribution system to the critical load.

Power quality in electric networks is one of today’s most concerned areas of electric power system. The power quality has serious economic implications for consumers, utilities and electrical equipment’s manufactures. Modernization and automation of industry involves increasing use of computers, microprocessors and power electronic systems such as adjustable speed drives. Integration of non-conventional generation technologies such as fuel cells, wind turbines and photo-voltaic with utility grids often requires power electronic interfaces. The power electronic systems also contribute to power quality problems. Under the deregulated environment, in which electric utilities are expected to compete, the customer satisfaction becomes very important. The impact of power quality problems is increasing felt by customers- industrial, commercial and even residential.

Transients are further classified into 2 categories:

2. Long Duration Voltage Variations: When RMS deviations at power frequency last longer than one minute, then we say they are long duration voltage variation. They can be either over voltages which is greater than 1.1.p.u or under voltages which is less than 0.9.p.u. overvoltage is due to switching off a load or energising a capacitor bank also incorrect tap settings on transformer can result in over voltages. Under voltage are the result of action which are the reverse of events that cause over voltages that is switching in a load or switching of a capacitor bank

4. Short duration Voltage Variations: The short duration voltage variations are generally caused by fault condition like single line to ground or double line to ground and starting off large load such as induction motors. The voltage variations can be temporary voltage dips that is sag or temporary voltage rise that is well or absolute loss of voltage which isknown as interruptions.

5. Voltage Sags: Voltage sag is defined as the reduction of RMS voltage to a value between 0.1 and 0.9.p.u and lasting for duration between 0.5 cycles to one minute. Voltage sacks are mostly caused by system faults and last for duration ranging from 3 cycle to 30 cycle depending on the fault clearing time. It is to be noted that undervoltages bracket lasting over a minute Can be handled by voltage regulation equipment’s. Starting of large induction motor can result in voltage dip as the motor draws the current up to 10 times the full load current during the starting. Also, the power factor of the starting current is generally powerful.

6. Voltage Swells: A voltage spell is defined as a race in arms voltage switches between 1.1 and 1.8p.u for time duration between 0.5 cycles to one minute. Of voltage swell is characterized by its magnitude and duration. As the swag, swell is associated with system faults. A SLG fault can result in a voltage swell in a healthy phase. Swell can also result for energizing a large capacitor bank. On ungrounded system the line to ground voltage is on the ungrounded phases is 1.73.p.u during SLG fault. However, in a grounded system there will be a negligible voltage rise for the unfolded phases close to a substation where the delta connected windings of a transformer provide low impedance path for the zero-axis current during the SLG fault.

This is defined as the steady state deviation from an ideal sine wave of power frequency there are 5 types of waveform distortion.

2. Voltage Fluctuations and Flicker: Voltage fluctuations are systematic variations of the voltage or a series of random changes in the voltage magnitude which lies in the range of 0.1 to 1.1. Higher power loads that draw fluctuating current such as large motor drives and arc furnaces low frequency cyclic voltage variations that result in flickering of light sources like incandescent &fluorescent lamps which can cause significant psychological discomfort or irritation in human beings. The voltage flicker can also affect stable operation of electrical and electronic devices such as motors and CRT device is the typical frequency spectrum of voltage flicker lies in the range of one Hz 230 Hz.

3. Power Frequency Variations: Power frequency variation are defined as the deviation of a system frequency from its particular value of 50 or 60 Hz. The variation in the frequency begin from the changes in the load and the response of the generator to meet the load thrust the load characteristics which dependence on a frequency and the control characteristics of the generators change the shift in the frequency in current interconnected power system, frequency variations are insignificant most of the times unless governor and load frequency controller disabled under a system of powershortage and a lack of great discipline profitable incentives or disincentives that ensure balance between existing generation and may help control over frequency variation under normal operating conditions.

4. Solution of Power Quality Problems: For the improvement of power quality there are 2 approaches. According to first approach the solution of the power quality problems can be done from the utility side the first approach is called load conditioning. We change words that the equipment is less sensitive to power disturbance allowing the operation even under significant voltage distortion the other solution is to install line conditioning system that surprise the power system disturbance. In this approach the compensating device is connected to low and medium voltage distribution system in shunt or in series. Shunt active power filters operate as a controllable current source and series active power filters operates as a controllable voltage source. Both schemes are implemented preferable with voltage source PWN inverters, with a DC source having a reactive element such as capacitorhowever with the restructuring of power sector with shifting trend towards distributed and disperse generation the line conditioning system or utility sites solution will play a major role in improving the inherent supply quality some of the effective and economic measures can be identified as followings.

5. Energy Storage System: Storage system can be used to protect sensitive production equipment from shutdown which is caused by voltage sag or temporary interruptions. These are generally DC storage systems such as the ups battery, superconducting magnetic energy storage capacitor or even flywheels driving DC generators are use. The output of these devices can be supplied to the system through an inverter on a momentary basis by a fast-performing electric switch like GTO or IGBT etc. Sufficient energy is fed to the system to compensate for the energy that would be lost by the fault conditions like voltage sag or interruptions

Among the power quality problems voltage sag swell and supply voltage unbalance is the most surf disturbances. In order to overcome these problems, the concept of custom power devices it is introduced recently. One of those devices is the dynamic voltage restorer DVR which is the most efficient and effective modern custom power device used in power distribution network. DVR is a recently proposed series connected solid state devices that inject voltage into the system in order to regulate the load side voltage. It is normally installed in a distribution system between the supply and the critical load feeder at the point of common coupling PCC. Other than voltage sax and swells injection DVR can also be added other features like line voltage harmonics injections.

B. Principles of DVR operation

It should be or DVR is a solid-state power electronic switching device consisting of either GTO or IGBT a capacitor bank as an energy storage device an injection transformer it is linked in series between distribution system and a load.  The basic idea of the DVR is to inject a controlled voltage generated by a force commuted converter in a series to a bus voltage by means of an inject in transformer.

DC to AC inverter regulates this voltage by sinusoidal pwm technique. All through normal operating condition the DVR injects only a small voltage to compensate for the voltage drop of the injection transformer and device losses.

Note that the DVR capable of generating or absorbing reactive power but the active power injection of the device must be provided by an external energy source or energy storage system the response time the DVR is very short and limited by the power electronic devices and the voltage sag detection time. The predictable response time is about 25 milliseconds, and which is much less than some of the traditional methods of voltage correction such as tap changing transformer.

Copyright © 2022 Prof. A. V. Wanjari, Kalyani Sawarkar, Mohammad Hussain, Shubhangi Layabar. This is an open access article distributed under the Creative Commons Attribution License, which permits unrestricted use, distribution, and reproduction in any medium, provided the original work is properly cited. 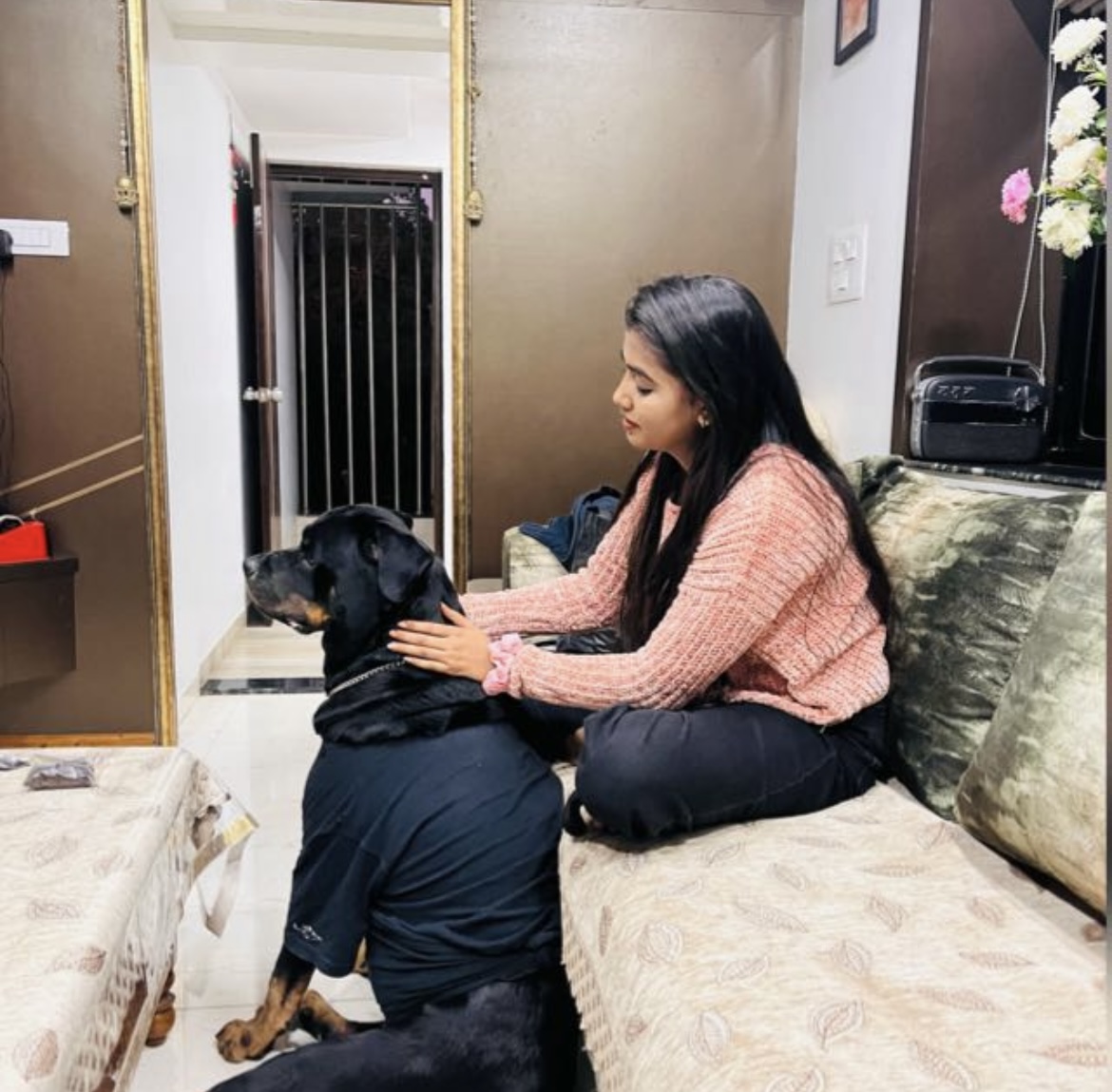