The toxic heavy metals are released from anthropogenic sources such as metallurgical galvanizing, metal finishing, electroplating, mining, textiles, steel and alloy industries and industrial effluent discharged among others [1].The threat generated by the presence of heavy metals becomes particularly worrisome because of their toxicity, non-biodegradability and bio-accumulation tendency [2, [3], [4]. Among the heavy metals that present potential dangers to human health are Pb, Co, Cd, Cu, Cr, As and Hg [5]. For example, lead poisoning causes damage to liver, kidney and reduction in heamoglobin formation, mental retardation, infertility and abnormalities in pregnancy. Chronic lead poisoning may cause general disease syndromes and gastro-intestinal disorders, constipation, abdominal pains and central nervous system that may result to coma and death [6]. In addition, excessive exposure to nickel can also lead to determatis cancer of lungs, nose and bone. Acute poisoning of nickel causes headache, dizziness, nausea and vomiting, chest pain, tightness of the chest, dry cough and shortness of breath, rapid respiration, cyanosis and extreme weakness [2].

Most severe form of cadmium toxicity in human is itai-itai, a disease characterized by excruciating pain in the bone [7]. Also, exposure to mercury in small dose can damage the nervous system and kidney and can lead to corrosiveness of eyes, muscles and skin. Thus, it is necessary to treat metal contaminated wastewater prior to its discharge to the environment. In recent time, emphasis has been placed on the minimization of or elimination of toxic pollutants in wastewater or industrial effluents. Thus, various studies have been conducted on the removal of heavy metal ions in wastewaters. The common methods used in the removal of heavy metals from aqueous solutions are mainly physical, chemical and biological techniques. Conventional methods such as chemical precipitation, lime coagulation, solvent extraction, membrane filtration, reverse osmosis and ion –exchange are being used for the removal of heavy metals from aqueous wastes. These processes have significant disadvantages such as incomplete metal removal, high reagent and energy requirement and generation of toxic sludge or other waste products. Thus, the need to develop other or search for more economical and environmental friendly alternative methods. Many reports have been published on the use of agricultural waste materials as  adsorbents for heavy metals removal from wastewater [8]. Several agro-waste materials such as maize tassel, [9], banana peel [10], rice straw and oak saw dust [11], wheat straw, soya bean straw, corn corbs and stalks [12] and pinnussylventis saw dust [13] sugar cane bagasse [14] and mango peel [15] have been studied for the removal of heavy metal ions.

The kola nut pod is a byproduct obtained from the processing of the nut and is widely used for animal feed because of its high nutritive quality [16] but its adsorptive potential has not been fully explored in the treatment of contaminated water and wastewater. Thus, this study is focused on the use of cellulose based waste kola nut (cola acuminata) pod as a novel eco-friendly low cost adsorbent in the removal of selected heavy metals in industrial effluent.

B. Sample Collection and Pretreatment.

The fibrous agricultural raw materials (kola nut pods) were obtained from local farms in Ayedaade and Oriade Local Government Areas of Osun State and authenticated by the Department of Crop, Soil and Pest Management.

The kola nut pods were thoroughly washed, dried, ground into powder and sieved to 250µm particle size before storing in an air tight container prior to analysis.

Chitosan was prepared according to [17]. Less than 2mm size powdered snail shell (50 g) was deprotenized by weighing into a 500 mL beaker and 200 mL of 4% (W/V) KOH solution was added with constant stirring for 6hours at 80oC. The residue was washed with distilled water, filtered until it was free of base and then dried at 100oC for 2 hours. The deprotenized snail shell residue was poured into a 250 mL conical flask and 100 mL of 3% (v/v) I M HCl was added and placed on a magnetic stirrer for 3 hours at 25oC. This process is called demineralization. The content was filtered and the residue washed until it was acid free. The acid freed residue was then dried at 90oC for 1 hour. This was then decolorized by refluxing in acetone for 3 hours at 60oC. This content was then filtered and dried. A snow white residue known as “chitin” was obtained. The chitin was poured into a 250 mL conical flask for deacetylation. 50% (w/v) NaOH solution was added and stirred at 25oC for 4hours. This was then filtered. After filtration, the residue known as chitosan (2-acetamido-2- deoxy-β-D-glucose-N-(acetylaglucosamine), was then washed and dried at 90oC for 1 hour [17], [18].

100 mL of chitosan was diluted with 500 mL of water and then heated to 40 - 50oC. About 50 g of kola nut pod powder was slowly added to the diluted gel in separate container and mechanically agitated using a shaker at 200rev/min for 14 hours. The gel coated adsorbent was then washed with distilled water and dried. The chitosan modified kola nut pod sample was then soaked in 0.5% (w/v) NaOH solution for 3hours. It was then thoroughly rinsed with distilled water and dried in an oven at 105oC for 2 hours, cooled at room temperature in  a desiccators and stored in an air- tight container and put in refrigerator at 4oC.

About 2.0 g of sample (kola nut pod powder) was weighed into a previously weighed Petri dish (W1). The Petri dish with the sample (W2)was taken and then transferred into the oven set at 105oC for 3 hours After this, the Petri dish was removed from the oven and put in a desiccators to cool and then weighed (W3). The moisture content was calculated as;

About 1.0g of the sample (kola nut pod) was weighed into a crucible and put in the muffle furnace set at 550oC and left for about 5 hours The crucible and its content were cooled to about 100oC in air, then room temperature in a desiccator and weighed. This was done in triplicate. The ash content was then calculated as;

Oven dried sample (1.0 g) was inserted into an extraction thimble in a Soxhlet unit and a solvent mixture of 1:4 ethanol and benzene in a liquor ratio 1:200 was used for the extraction process for 3 hours. The sample was then rinsed with hot ethanolic solution, and dried to a constant weight at 105oC for a 2-hour cumulative period. The pectin content was thereafter calculated according to [20] from the weight of oven dried test sample and Soxhlet extracted sample.

About 2.0 g of oven dried fibre sample was weighed in a conical flask and 100 mL of 72% tetraoxosulphate(vi) acid was added. The mixture was stirred continually for 2 hours at room temperature (25oC) and 200 ml of distilled water was added to the mixture at the end of 2 hours reaction time. The mixture was boiled for 2 hours, cooled and left open for 24 hours after which was then filtered. The residue was transferred to a crucible and washed with hot water repeatedly until it was acid free when tested with litmus paper.

The residue collected was dried at 105oC in an oven for 2 hours and finally dried up to a constant weight at 15 mins interval. The weight of the residue obtained was taken as mass of lignin in the fibre samples and this was used to calculate or determine the percentage lignin in both modified and unmodified samples [21].

The oven dried fibre sample (1.0 g) was placed in a conical flask. About 200 mL of 5% NaOH solution was added in liquor ratio of 1:200 at room temperature for 2 hours of continual stirring.

The sample was then rinsed with distilled water; dried at 105oC in an oven for 2hours and finally calculated by subtracting the weight of oven dried test sample from the initial weight of the fibre samples [22].

The cellulose content was determined by soaking about 1.0 g of dried fibre samples in 200 mL of 25% NaOH solution at room temperature with continued stirring. The content was decanted, washed with distilled water to be alkali free; oven dried for 2 hours at 105oC and then dried to a constant weight.

The weight of the residue was then used to calculate the % cellulose in the fibre sample [23].

The FTIR spectra of biosorbent revealed that chitosan modified kola nut pod contains a number of functional groups in its biomass indicating the complex nature of the adsorbent.

In the raw adsorbent, strong peaks due to O-H stretching at the frequencies 3429.35, 3342.75 indicates the existence of free hydroxyl group of polymeric compounds such as lignin or pectin that contain the functional group of alcohol, phenol and carboxyl acids

A broad range of frequency (3600-2800cm1- ) is assigned to free hydroxyl indicating the presence of polymeric compounds [24].

A peak at 1722.70cm-1corresponds to C=O= stretching vibration of carboxylic groups (COOH, -COOCH3) which can be attributed to carboxylic acids or esters [25]

A shift in transmittance at these peaks of metal loaded adsorbent after adsorption indicated carboxylic group is involved in binding mechanism. The peak at 1444.73cm-1may be attributed to aromatic vibration of lignin. The peak at 1242.20cm1to 1348.94cm1correspond to C-H bending of crystalline cellulose and C-H bending of cellulose, hemicelluloses and lignin polymer and the peak at 1103.32cm1is assigned to stretching vibration of C-N bond of aliphatic amines. The FTIR spectra or raw and metal ions loaded kola nut pod indicate that chitosan kola nut pod adsorbent composed functional groups such as hydroxyl, carboxylic and amine groups. Lowering in transmittance and small deflection in band frequencies after adsorption at these peaks shows the participation of these functional groups in adsorption of metal ions [25].

Fig1 reveals the SEM images of chitosan-oxalic modified kola hut pod adsorbent. Several large pores were clearly found on the adsorbent. This showed that the carbonization and modification processes were effective in creating well developed pores on the surface of the acid treatment sample. Similar observations were reported by [26]. These pores normally allow a good surface for heavy metals, dyes and other waste effluents to be trapped and adsorbed unto it [27].

This study revealed that the chitosan can be produced from natural source (snail shell) as alternative to the synthetic one which is somehow expensive, Based on the morphological study, the chemically modified adsorbent has high porosity and large surface area for effective adsorption of metal ions in aqueous solution. Also, the FTIR analysis showed that presence of functional group such as O-H, COOH, -COOCH3, of C-N bond of aliphatic amines and C-H bending of lignocellulosic material for the removal of toxic heavy metals from industrial effluents when used as adsorbent.

Copyright © 2022 Adeleke A. E, Jabir J. M, Onifade A. P, Adegbite A. A. This is an open access article distributed under the Creative Commons Attribution License, which permits unrestricted use, distribution, and reproduction in any medium, provided the original work is properly cited. 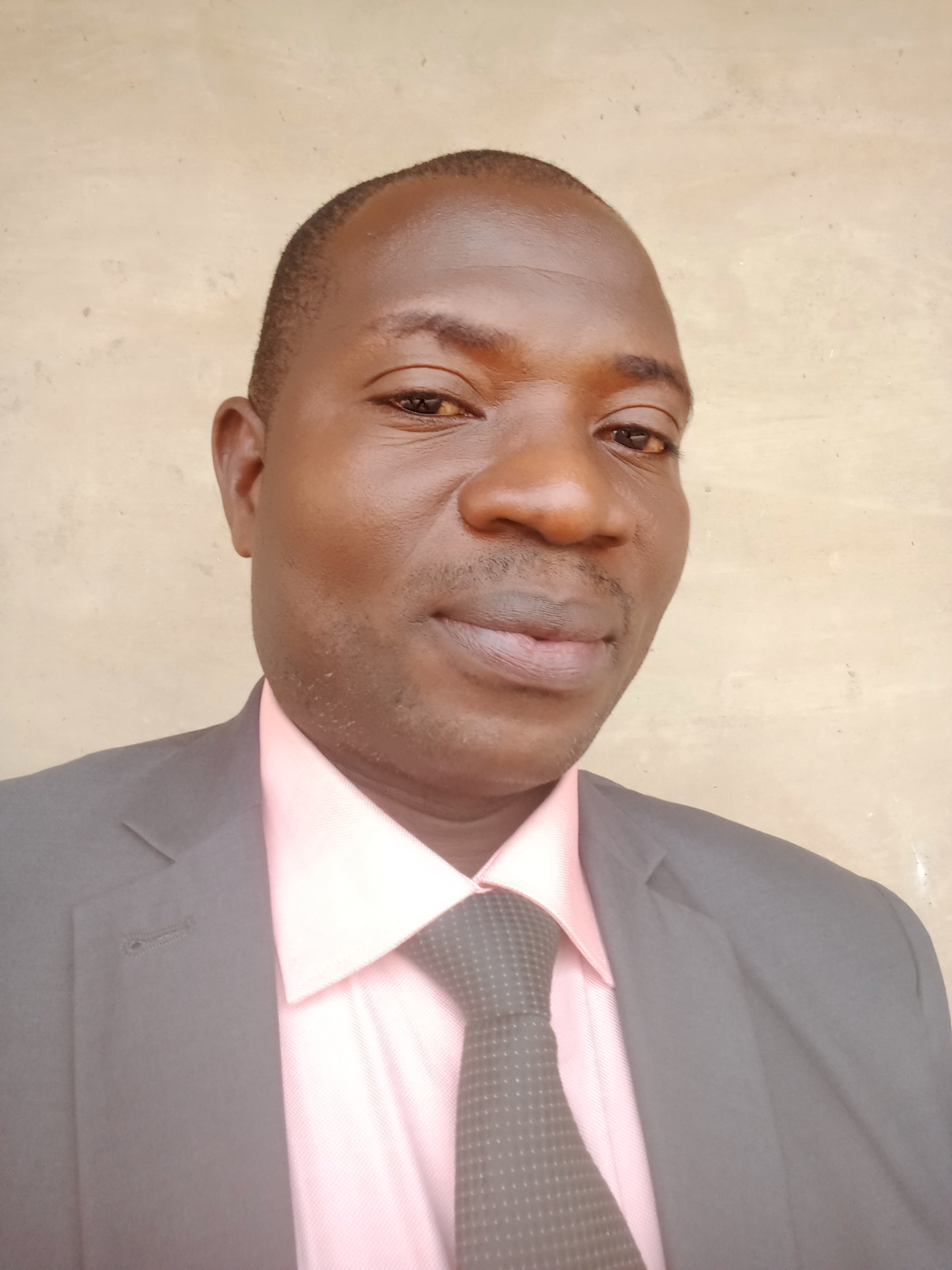