The present study was to prepare and evaluate the polyherbal cosmetic cream comprising extracts of natural products such as Aloe vera, Cucumis sativus and Daucus carota. Different types of formulations oil in water (O/W) herbal creams namely F1 to F7 were formulated by incorporating different concentrations of stearic acid and cetyl alcohol. The evaluations of all formulations (F1 to F7) were done on different parameters like pH, viscosity, spreadibilty and stability were examined. Formulations F6 and F7 showed good spreadibilty, good consistency, homogeneity, appearance, pH, spreadibilty, no evidence of phase separation and ease of removal. The formulation F6 and F7 shows no redness, edema, inflammation and irritation during irritancy studies. These formulations are safe to use for skin. These studies suggest that composition of extracts and base of cream of F6 and F7 are more stable and safe, it may produce synergistic action.

Cosmetic products are used to protect skin against exogenous and endogenous harmful agents and enhance the beauty and attractiveness of skin. The use of cosmetics not only developing an attractive external appearance, but towards achieving longevity of good health by reducing skin disorders. The synthetic or natural ingredients

present in skin care formulation that supports the health, texture and integrity of skin, moisturizing, maintaining elasticity of skin by reduction of type I collagen and photoprotection etc. This property of cosmetic is due to presence of ingredients in skin care formulation, because it helps to reduce the production of free radicals in skin and manage the skin properties for long time. The cosmetic products are the best choice to reduce skin disorders such as hyper pigmentation, skin aging, skin wrinkling and rough skin texture etc. The demand of herbal cosmetic is rapidly expanding. This expansion is due to the availability of new ingredients, the financial rewards for developing successful products, consumer demand, and a better

understanding of skin physiology. The plant parts used in cosmetic preparation should have varieties of properties like antioxidant, anti-inflammatory, antiseptic, emollient,  antiseborrhatic, antikerolytic activity and antibacterial etc. Herbal products claim to have less side effects, commonly seen with products containing synthetic agents. The market research shows upward trend in the herbal trade with the herbal cosmetic industry playing a major role in fueling this worldwide demand for herbals.

The Aloe vera plant has been known and used for centuries for its health, beauty, medicinal and skin care properties.

Aloe vera is a natural product that is now a day frequently used in the field of cosmetology. It can be applied topically as an emollient for burns, sunburn and mild abrasion, and for inflammatory skin disorders. It has antibacterial, antifungal, antiviral, antioxidant, and antiinflammatory effects. Aloe vera is used externally for its  wound healing properties and is supported by clinical investigation. In cosmetics, Cucumis sativa has an excellent potential for cooling, healing and soothing to an irritated skin, whether caused by sun, or the effects of a cutaneous eruption. Cucumis sativa extract is often used for skin problems, wrinkles, sunburn and as an antioxidant.

Author Jain et al. reported the inhibition effect of tyrosinase and  melanin synthesis of Cucumis sativa extracts, hence it play important role in whitening of skin.  Daucus carota have the highest β-carotene, a precursor of vitamin A, and also contain abundant amount of Vitamin

C. Vitamin A also acts as a very good anti-oxidant which slows down the process of aging. Vitamin C produces collagen in the body which is an essential protein for making our skin elastic. It also prevents wrinkles on  the skin[10]. Moreover Prunus amygdalus is enriched with Vitamin E. The above properties are reason for  selection of these plants in the preparation of cosmetic products to control the wrinkle and aging in skin.

Therefore, the purpose of this study was to develop herbal cosmetic cream by mixing the extracts of Aloe vera, Cucumis sativa, Daucus carota and oil of Prunus amygdalus, to produce multipurpose effect on skin such as  fairness, sunscreen, antiaging and antiwrinkle properties.

Aloe vera is a rich source of antioxidants and vitamins that may help protect your skin.

Cucumis Sativus Fruit Extract can repair dry and damaged skin and gives it a softer and smoother appearance. Another benefit is that the pH-value is identical with the human skin. 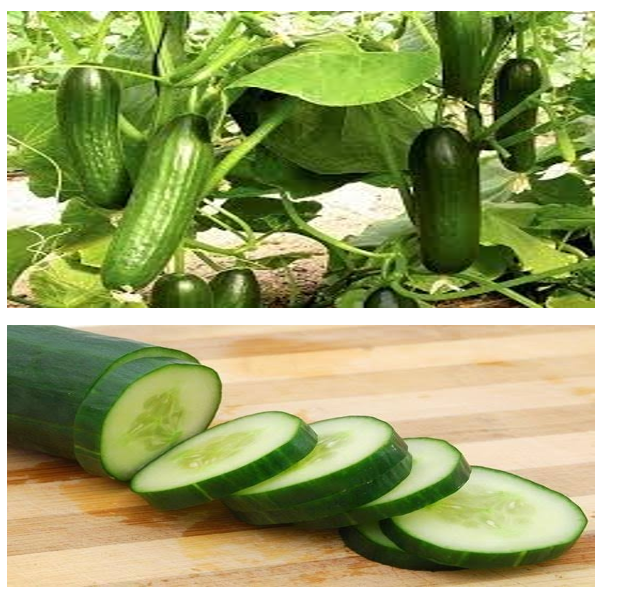 Carrot oil (Daucus Carota Sativa) or carrot root extract is a natural plant oil produced by the orange root of the carrot plant. ... Carrot oil is rich in vitamins A, B, C, D, and E along with essential fatty acids. It features several antioxidants including beta carotene, an essential antioxidant for healthy skin. 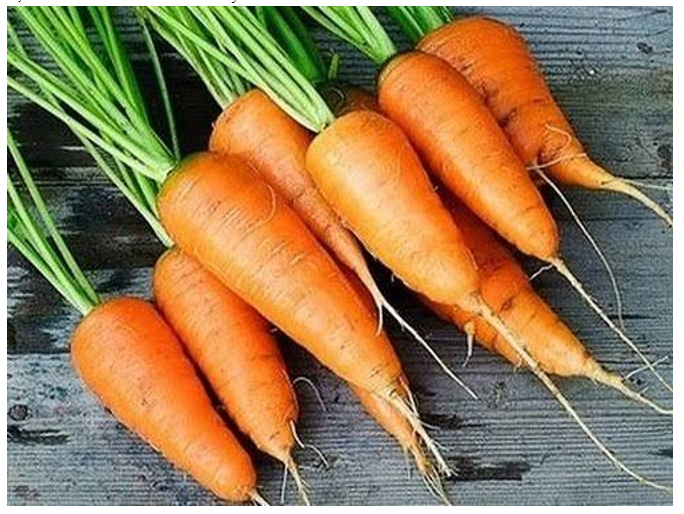 The oil makes an excellent moisturizer for both the skin and hair, and it may even help prevent stretch marks and protect your skin from sun damage. 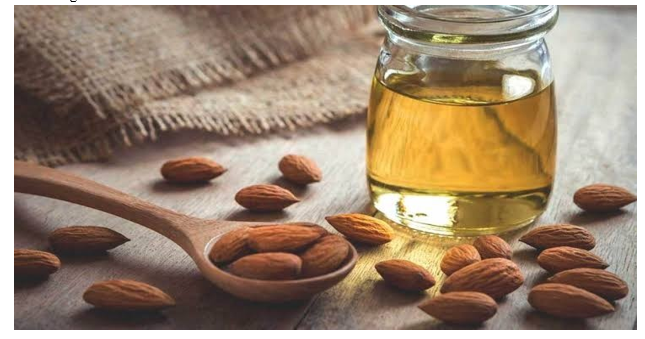 n = the number of ml of NaOH required. w = the weigh of substance. 2.12 Saponification value

Introduce about 2 gm of substance refluxed with 25 ml of 0.5 N alcoholic KOH for 30 minutes, to this 1 ml of phenolphthalein added and titrated immediately, with 0.5 N HCL.

The weigh of substance in gm = w

12. Irritancy Test: Mark an area (1sq.cm) on the left hand dorsal surface. The cream was applied to the specified area  and time was noted. Irritancy, erythema, edema, was checked if any for regular intervals up to 24 hrs and reported.

Aloe vera, Cucumis sativus and Daucus carota are well known for its medicinal and cosmeceuticals value in Indian traditional system of medicine. In the present work, it was decided to extract and formulate polyherbal cosmetic cream. The tyrosinase inhibitors substances are used in cosmetic products as skin whitening agent to reduce skin pigmentation by decreasing the melanin production. The aloesin, a C-glycosylated chromone reported to exhibit antityrosinase activity, and also inhibited melanin production in cell culture. It has reported that aloesin are present in Aloe vera extract as bioactive compound. Furthermore Aloe vera has been reported to have a protective effect against damage to skin from ultra violet radiation due to its antioxidant activity. Aloe vera contains mucopolysaccharides help in binding moisture into the skin. Aloe stimulates fibroblast which produces the collagen and elastin fibers making the skin more elastic and less wrinkled. Aloe’s benefits can be attributed at least partly to its nutrients, since it contains proteins, carbohydrates (including mucopolysaccharides), vitamins (including B1, B2, B3, B6, C, and folic acid) and minerals. These nutrients, although beneficial individually, may work synergistically to soothe, heal, moisturize and regenerate the skin. From above it concluded that this plant extracts produce excellent whitening, antiwrinkle and sunscreen effect on skin. The production of free radicals in the body causes oxidative stress and oxidative photodamage of macromolecules and plasma membrane components in the skin. This further leads to premature aging of the skin which is characterized by the rough skin textures and wrinkles. ßcarotene is the most abundant and most efficient precursor of vitamin A. ß-carotene is a radical scavenger, quenching singlet oxygen and free radicals without damage to cells and tissue, hence it used as UV protection of skin. ßcarotene are capable to increase cell turn-over and regeneration in the outer layers of the skin, making it effective for diseases and skin conditions related to epithelium damage. It also enhances the appearance of dry or damaged skin by reducing flaking and restoring suppleness. In skin care products, beta-carotene is used for its antioxidant properties, its ability to protect the skin from sun damage, and its ability to help even the skin tone, deeming it an active anti-aging ingredient. It is reported that Daucus carota contain abundant amount of ß-carotene and Vitamin C, moreover Cucumis sativus exhibited highly antioxidant activity. From above discussion it is assumed that ßcarotene containing plant as well as antioxidant activity producing plant can be used in face care cream, to produce sunscreen, antiaging and antiwrinkle effects. Hence both extracts of plants are good choice to use as ingredient in face cream. The almond oil increases the glow on skin and has emollient properties. The prepared polyherbal face cream was O/W type emulsion, hence can be easily washed with plane water that gives better customer compliance. There is a growing demand for herbal cosmetics in the world market and they are invaluable gifts of nature. Therefore, we tried to make a polyherbal face cream containing the extract of Aloe vera, Cucumis sativus and Daucus carota. Our study indicated that the formulation F6 and F7 found to be more stable, while remaining formulations were not stable and resulted in breakdown of the emulsion when stored for long time. These formulations F6 and F7 had almost constant pH, homogeneous, emollient, non-greasy and easily removed after the application. The stable formulations were safe in respect to skin irritation and allergic sensitization.

Table 4: Physical parameter of F5 and F6 cream on room and accelerated temperatures 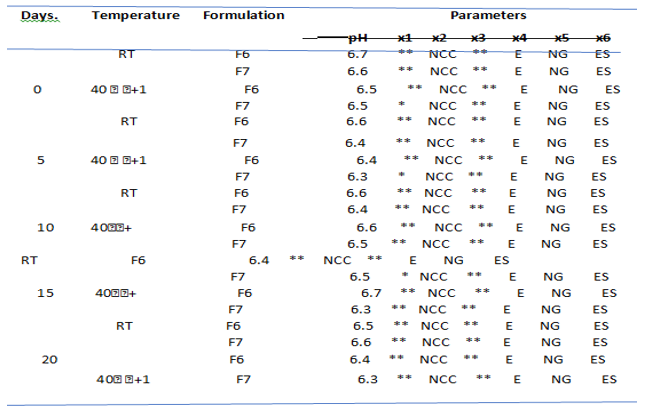 From above discussion it is concluded that on combining the extracts of Aloe vera, Cucumis sativus and Daucus carota in different ratio to get multipurpose effect such as whitening, antiwrinkle, antiaging and sunscreen effect on skin. As we know that it is not possible to increase the extent of efficiency of medicinal and cosmetic property of single plant extract, but by combining the different plant extracts it can be possible to increase the efficacy of extracts. In this regard, we mixed the extracts of Aloe vera, Cucumis sativus and Daucus carota to improve as well synergize the cosmetic properties of prepared products compare to individual extracts. Further research will carry out to check scientifically the synergistic action of selected formulation. These studies suggest that composition of extracts and base of cream of F6 and F7 are more stable and safe; it may produce synergistic action. 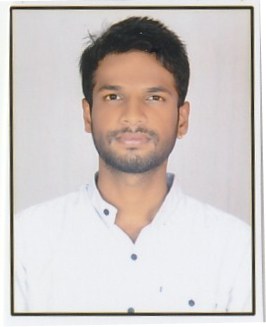