Smart antennas have received increasing interest for improving the performance of wireless radio systems. These systems of antennas include a large number of techniques that attempt to enhance the received signal, suppress all interfering signals, and increase capacity, in general. The main purpose of this article is to provide an overview of the current state of research in the area of smart antennas, and to describe how they can be used in wireless systems. A smart antenna takes advantage of diversity effect at the source (transmitter), the destination (receiver), or both. Diversity effect involves the transmission and/or reception of multiple radio frequency (RF) waves to increase data speed and reduce the error rate. Thus, this article provides a basic model for determining the angle of arrival for incoming signals, the appropriate antenna beamforming, and the adaptive algorithms that are currently used for array processing. Moreover, it is shown how smart antennas, with spatial processing, can provide substantial additional improvement when used with TDMA and CDMA digital-communication systems.

a specified performance metric; in so-doing, they can provide, for example, increased immunity to interference, or reduced signal level towards a vulnerable receiver. In general, provision of these capabilities requires the use of multi-element array antennas, with control over the excitation of each element. Smart antennas are not new in concept, yet, with a number of notable exceptions, they have not seen widespread adoption. This project, which was awarded as part of the Of com Spectrum Efficiency Scheme, set out to investigate smart antennas and their potential application areas, in an attempt to understand the reasons why they have not been implemented widely. Possible reasons for this may be that their forecast benefits are unobtainable, that the technology or their implementation is not mature, or that they cannot currently be implemented economically. These lead to the overall objectives of the

project, namely, to assess and demonstrate the potential of smart antennas for enhancing spectrum efficiency in wireless systems.

In a cellular system, omni-directional antennas have traditionally been used at base stations to enhance the coverage area of the base station. But it also leads a gross wastage of power that in fact, is the main cause of co-channel interference at neighboring base stations.

The sectoring concept involved the subdividing of cell into sectors, each of which is served by a directional antenna. Each sector may be treated as a separate cell, which had a greater range in the previous case. Sector antenna increase the reuse possibility of a frequency channel in such cellular systems by reducing potential interference across the original cell, and are widely used for this purpose. They also reduce co-channel interference to neighboring base stations since their beams are directional.

A diversity system incorporates two antenna elements at the base station with a slight physical separation between them .This is termed as exploiting space diversity and results in improved reception by counteracting the negative effects of multipath fading. Diversity offers an improvement in the effective strength of the received signal by using one of the following two method.

Smart Antenna (SA) system (Fig. 1) consists of antennas and the associated digital control system, which provide the beam forming ‘intelligence’ hence the term ‘smart antenna’. Adding more elements can modify its physical design. The antenna can become an antenna system that can be designed to shift signals before transmission at each of the successive elements so that the antenna has a composite effect.

SA consists of a number of radiating elements, a combining/dividing network and a control unit. The processor controls feeder parameters of the antenna, based on several inputs, in order to optimize the communications link. This shows that SAs are more than just the "antenna," but rather a complete transceiver concept.

SAs are an array of antenna elements that change their antenna pattern dynamically to adjust to the noise, interference in the channel and mitigate multipath fading effects on the signal of interest. The secret to the SAs ability to transmit and receive signals in an adaptive, spatially sensitive manner is the digital signal processing capability present. An antenna element is not smart by itself; it is a combination of antenna elements to form an array and the signal processing  software used that make smart antennas effective. This can dramatically increase the performance characteristics (such as capacity) of a wireless system. They are usually located at base stations because of the sophisticated signal processing requirements.

It is made of a simple switch function between separate directive antennas or predefined beams of an array. The setting that gives the best performance, usually in terms of received power, is chosen. Because of the higher directivity compared to a conventional antenna, some gain is achieved. This type of antenna is easier to implement in existing cell structures and bears low cost than the more sophisticated adaptive arrays. It is where a number of beams are formed by adding complex weights to the signal received by each element in the array. The system then selects the beam port with the highest power. The beam forming method used is often termed beam co-phased excitation. The signals from all the elements are arranged to add together in phase for a single beam direction. Complex weights are applied to the received signals in order to produce different number of beams directed towards the desired directions

Adaptive antennas (AAs) are an array of antennas, which is able to change its antenna pattern dynamically to adjust to noise, interference and multipath. AAs are used to enhance received signals and may also be used to form beams for transmission

AAs, unlike conventional antennas, confine the broadcast energy to a narrow beam. It optimizes the way that signals are distributed through space on a real time basis by focusing the signal to the desired user and “ steering” it away from other users occupying the same channel in the same cell and adjacent or distant cell

The names SAs and AAs are actually misleading, and could lead to the assumption that specialized antennas and RF hardware are being used, in fact the intelligence or “smarts” are really signal processing that is performed in the base band of a radio. The algorithms constantly analyze the RF environment and then perform functions to optimize the transmitted and received signals to maximize performance. An AA array or a SA is also named a ‘software antenna’ because it can form a desired antenna pattern and adaptively control it, if an appropriate set of antenna weights is provided and updated in software. The radiation pattern can be adjusted to place nulls in the paths of interferers. The interferer’s direction is tracked via a Direction of Arrival algorithm.

1)increased coverage; 2) Improved link quality; 3) Increased capacity; 4) Increased data rate; 5) Higher sensitive reception; 6) Reduced costs and increased return on investment; 7) Lower handset power consumption; 8) Assistance in user location by means of direction finding; 9) Can provide multipath dispersion; 10) Interference suppression; 11) Confine the broadcast energy to a narrow beam; 12) Conventional antennas cause coupling of the hand and head but AAs do not cause coupling of the hand and the head; 13) There is lower specific absorption rate (SAR); 14) Mitigation against dead zones around Base stations of adjacent channel FDD network operators; 15) Improved spectral efficiency; 16) It is possible to combine the signals from the antennas in a particular way that both the SNR (signal to noise ratio) and CIR (carrier to interference ratio) levels are improved; 17) Co-channel interference reduced by applying antenna diversity at the handset; 18) The possibility to implement systems with SDMA; 19) Reduction of multi-path fading; and 20) Improvements of call reliability.

A. Cost of Powe

It is determining the angle of arrival of desired signal with phased arrays to determine which beam to use, and adjusting weights with adaptive arrays to maximize desired signal-to-noise-plus-interference ratio in the output signal. Signal processing power has been found a significant issue for tracking in future Systems. Instead, increase in signal processing power would permit new tracking algorithms to be implemented without consideration of the processing requirements.

SA technology will form a vital part of wireless communications of the 21stcentury. There are many benefits in using an adaptive antenna especially on the handset like increased coverage, data rates, reduced interference, increase in spectrum efficiency, which all are beneficial to the Radio communications Agency, in terms of conserving the limited radio spectrum. Diversity and Adaptive beam forming are general forms of SA solutions. Out of these solutions, most commonly used technique is the use of Diversity with most companies currently using dual antennas, a few are researching more than two antennas but the main focus so far has been on two antennas on the handset. Though SA concept has been extensively studied, most research activities have been dedicated to algorithm development and theoretical analysis. Not nearly as much effort has been made on implementing and validating the smart antenna system experimentally. To date, there are still many practical problems associated with actual implementation of a SA system. 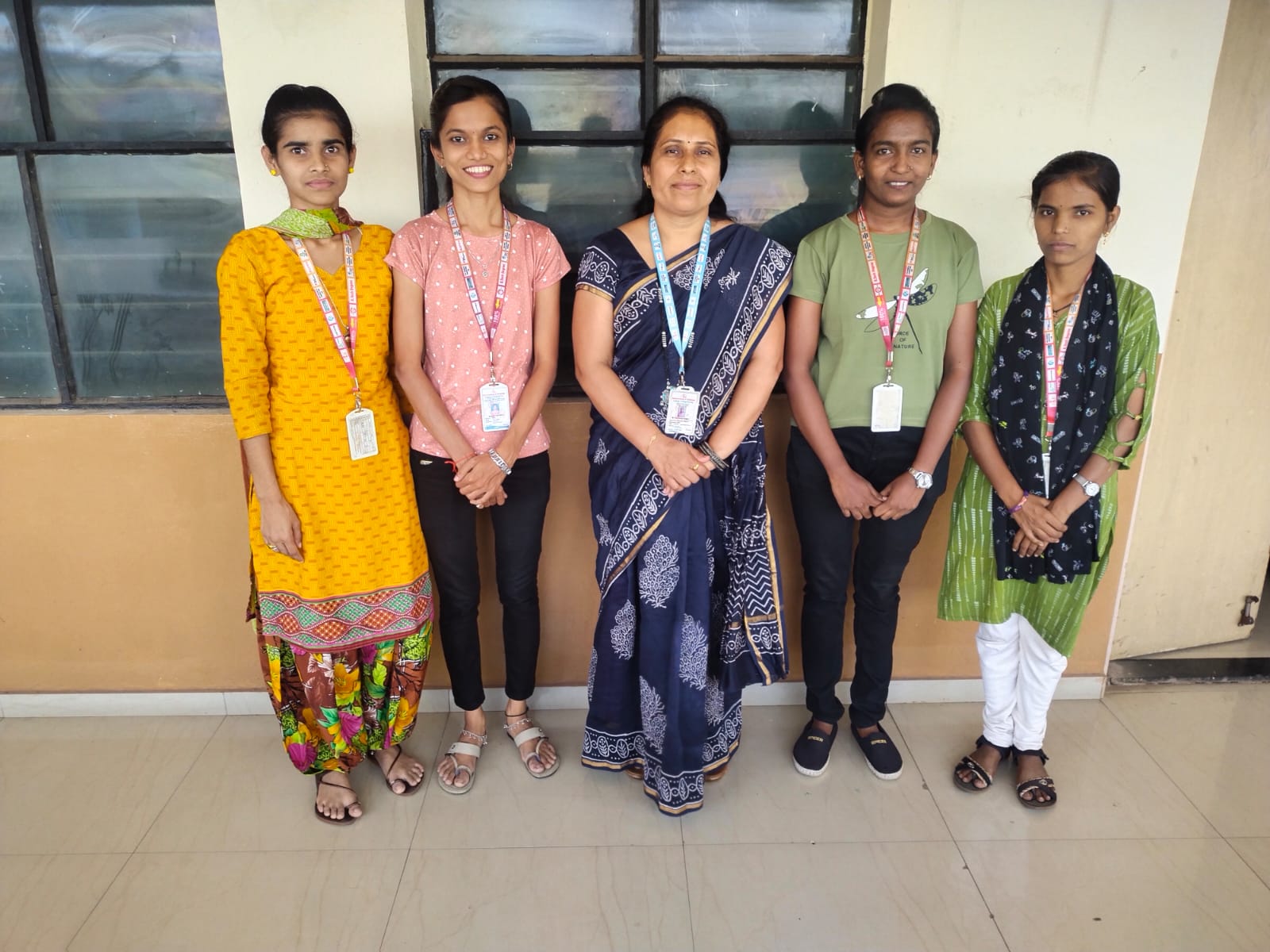