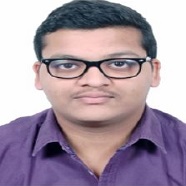 I.    INTRODUCTION
This research emphasis of the concept of how the ideas of deconstructivism are translated to architecture and are merged with the existing context. It also focusses on explaining the key concepts of deconstructivist architecture. The works of various iconic architects like Peter Eisenman etc. have been critically analysed on the basis of how they really implemented these key concepts in their architectural works.
Deconstructivism is considered to be a post structuralism philosophy that begin in late 1960’s. It was highly criticized when it was introduced (Hoteit, 2015).
The deconstructivism theory didn’t aim at destroying the past principles of architecture, instead it tried to revisit those principles and analysed them in detail, that is why the term deconstruction was coined. We generally assume a residence to be made up of floors, walls, ceilings, various rooms, etc.

In general, it is assumed that complicated shapes are deconstructive. In fact in reality it is not true. We cannot define complicated and curvilinear forms at as deconstructive. An architect can claim his work to be deconstructivist by questioning the dualities in aesthetics and function.
Deconstructivist buildings and projects at first sight seem to be lacking logic and are fragmented. These buildings comprise of incompatible and dissimilar fragments that leads to further intensification of this feeling. But if one tries to analyse this in detail then he can say that all those fragments are somehow united under the concept and principle of deconstructivism (Hoteit, 2015).
Other than fragmentation, deconstructivism also aims at manipulating the skin of the structure thereby creating distorted non-rectilinear shapes. This architecture visually seems to be unpredictable and in a state of controlled chaos (Anon., 2020).

VII.    PRINCIPLES OF DECONSTRUCTION
Buildings created by deconstructivist architect challenge structure’s harmony by disorienting its view. This is done by three methods. First method is using juxtaposition. It tries to create contrast between forms neighbouring each other. Deconstructivist architects tried to place such forms together which have clear contrast when viewed from different angles.
Second method is by usage of non-rectilinear shapes. Rectilinear shapes are those where straight lines meet at right angles, i.e. they are orthogonal. History of architecture has lot of depictions of these rectilinear shapes in the form of square and rectangles. Deconstructivist architects went against these conventions and refused the usage of such rectilinear forms. They focused on usage of triangles, unequal polygons, circles, etc.
Third method is manipulation of the skin of the structure. This is done by juxtaposition of irregular shapes on the exterior of the building, so that the whole building looks chaotic and disjointed. It appears to be caught between extreme stasis and hectic motion. Sometimes it looks like the building has exploded and frozen. To keep the focus on this chaotic arrangement of form, deconstructivist architects avoid any kind of ornamentation. Even if they use ornamentation it is at a very minimal level.

VIII.    ARCHITECTS AND THEIR WORKS
A.    Daniel Libeskind’s Jewish Museum, Berlin, Germany
Jewish museum has a zig zag structure and is cladded with thin zinc sheet. Entire structure is punctured by windows in shapes which depict scars and wounds, and houses two centuries of German Jewish history. Jewish museum is built on the site on which earlier berlin wall was present and has a 18th century court abutting it which forms the part of the museum (Rogers, 2020).
The inspiration of the shape was taken from star of David which is warped in shape. To symbolize the thousands of Berliners killed in the holocaust, a huge void has been created in the museum’s form.

Figure 2: Jewish Museum (Rogers, 2020)
Daniel Libeskind has tried to create a kind of new architecture which will reflect German Jewish history. It also provides us with a new kind of understanding and realization of the museum and the relationship between architectural space and program (Rogers, 2020).
B.    Peter Eisenman’s Wexner Center for the Arts, Ohio
Peter Eisenman, an architect based in New Jersey designed the first deconstructivist building located in American named Wexner Center for the Arts. This project was an experiment in the field of deconstructivism. It is a place for display of art but has been created in a dynamic way so that it appears as an art in itself. It is an open air five storey structure having a white grid work scaffolding like structure which has been intentionally left incomplete (Web Urbanist, 2011).

Figure 3: Wexner Center for the Arts (Web Urbanist, 2011)
Significant controversies have come up because of the design since it somewhere interferes with the building’s function. For example, direct sunlight is present in the exhibition spaces meant for fine arts which can damage those works of art. The project also doesn’t have a well-defined entry with most of the structures having no doors. Due to colliding planes present in the design some visitors also complain of nausea (Web Urbanist, 2011).
Although the project is controversial, it is counted among the most important deconstructivist projects. It is full of abstract ideas and theories.

IX.    CONCLUSION
Each and every idea of philosophy of deconstructivism cannot be translated to architecture. Deconstructivist ideas will always be in conflict with fundamental principles of architecture. It is because fundamental architecture is not done only for the sake of art.
Recent advancements and developments in architectural software and technologies has helped deconstructivism to reach new heights and architects have been able to unleash their creative and innovative ideas. Because of this deconstructivist architects have been able to invent and create their own new architectural styles which are now becoming quiet prominent. These buildings when analysed with the existing context sometimes appear to be alien and confusing to their audiences. But this chaos always has some hidden meaning which binds the whole building together and makes it meaningful.