An India is the nation which is growing is expeditiously  by population and economically as well. But it is still in the developing stage, so there is  still lack of strapping and effective municipal solid waste  management system in order to collection, handling, monitoring, co-ordination, funding , planning and control the MSW chain from generation, collection, transportation, disposal, treatment and reuse. Unorganized sectors where there is no proper management of waste is done, it leads to rapid growth in environmental pollution due to generated waste.

Rapid growth of towns and cities has led to inflation of  Municipal Solid Waste Management because of poor resources and inadequacies of the Existing resources and systems.. the lifestyle, which escort the process of economic growth, led to increasing quantities of wastes leading to increased threats to the environment. In some past  years, technologies have been developed that help in both generating substantial quantity of decentralized energy as well as in reducing the quantity of waste for its safe disposal. As per the ‘Ministry of Housing and Urban Affairs’, Per capita waste generation varies between 0.2 Kg to 0.6 Kg Per day in towns having  population range between 1.0 lakh to 50 lakh. An assessment has been made that because of increasing per capita Waste generation of about 1.3% per year, and growth of urban Population between 3% and 3.5% per annum, yearly increase in the Overall quantity of solid waste in the cities is about 5%. Problem of urban waste management is notable due higher quantities involved as well as its contiguous spread Across more than 5000 cities and towns and enormous problems Involved in setting up systems for collection, Transportation and disposal of waste.

Urban India generates about 420 lakh tons of Municipal Solid Waste annually i.e.,  Nearly 1.15 lakh tons per day(TPD), out of Which 83,378 TPD is generated in 42 Class-I cities. Solid Waste Generated in 423 Class-I cities is nearly about 72.5% of the total  generated each day and this needs to be managed on priority. Municipal solid waste contains 30% to 50% of organic    matter, and  40% to 50% inert matter and 5% to 15% recyclable matter. Composition of waste changes according to size of city, season and income group.

In order to meet the solid waste management requirements and reduce the pollution alternatively. Power generation from waste could be one of the best ways to reduce waste with high benefits. As per researches done previously there are several methods to derive gases and direct generation of electricity from waste by Thermo-chemical and Bio-Chemical methods. These methods can be worked out with proper arrangements and solid waste collection management and planning.

India alone generates above 100000 metric tonnes of solid waste every day, which is higher than many other countries. Large metropolis such as Mumbai and Delhi generate around 9580 metric tonnes and 8340metric tonnes of waste per day, respectively. India suffers from inefficient and insufficient waste infrastructure and also from increasing rate of solid waste generation per capita. Issue of service quality and waste quantity need to be handled together.

It is estimated that the amount of waste generated in India will increase at a per capita rate of approximately 1-1.32% annually. This has significant impact on the amount of land which is needed for disposal and transporting waste, as a result municipal solid waste generation level increase the environmental consequences.

We study on biogas from MSW in katraj region in pune city. This bio gas plant gives electricity service 4 km road between katraj to kondhwa. This establishes by mailhem engineers Pvt.ltd. land use for this project 003ha ,this plant requires 1.28m3/day

The plant is effectively arranging the municipal solid waste generate from katraj city is most big division in pune city, they provide natural benefits as well as health benefits form the domestic organic waste generate from pune city. This project is other hand provides electricity towards the road light facilities .this plant makes 144MWh/year electricity and it’s also reduced the 76.1t co2 eq/years.

Muthu Raman VA restudied use of bio-degradable waste has been effective in power production. Bio-degradable waste undergoes a process of anaerobic digestion after which they are subjected to Induction Heating. Methane gas is produced, which then powers the methanol fuel cells. The Proposed technique ensures complete safety; detectors and valves are installed at various places to detect any minor or major anomalies. All these detectors and valves are coordinated and regulated by a main controller. This technique provides generation of green power along with a useful by product.

Preeti Jainare studied treating MSW to reduce its volume as well as generating energy and electricity to add value to the process. This paper focuses on Waste-to-Energy scenario in India with a detailed study of Waste-to-Energy plants in the capital city Delhi. It also overviews the techniques used for obtaining energy from waste along with evaluating the environmental, technical and socio-economic performance of the technology. Different types of waste-to-energy projects along with their working status in different states and union territories of the country, and the differences in their input and output units are described in the present paper. A comparison of different parameters affecting Waste to Energy technology and a state-wise comparison was conducted along with comparative study of waste-to-energy plants in Delhi.

A. Reduction in the total volume of municipal solid waste. B. Found a new Renewable Energy source for electricity generation. C. Production of environmentally sound waste by reuse and recycling. D. Extended the coverage of Municipal Solid Management Managements services.

Copyright © 2022 Shivaji U Zore, Sneha R Pujari, Nitin S Mali, Pratiksha B Kokare, Yogesh Suryawanshi. This is an open access article distributed under the Creative Commons Attribution License, which permits unrestricted use, distribution, and reproduction in any medium, provided the original work is properly cited. 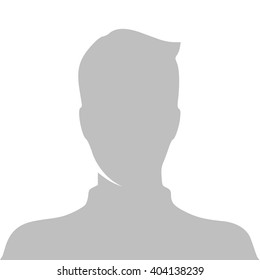