Laboratory Automation is a unique system that can control and establish communication between nearly all aspects of your lab. Laboratory Automation is a term used to describe the working together of all household amenities and appliances. For example, a centrally microcontroller panel can have the capability to control everything from security system, lighting and overall electrical appliances. Laboratory automation can include controlling aspects of our lab remotely through a computer or any mobile equipment, programming electronics devices to respond automatically to some conditions or scenarios or centralizing the control of a variety of appliances in our lab into a single control center. For example, Control of lights in and around our laboratory from one central location so there is no need to get out of to that place or go to downstairs if we forgot to turn OFF or ON any appliances, just we can control remotely. It is essential that the different controllable appliances be interconnected and communicates with each other. The main purpose of Laboratory automation is to control or monitor signals from different appliances, or basic services. A smart phone or web browser can be used to control or monitor the home automation system. we build a fire alarm using multiple sensors. This project will send an alert whenever it detects fire and smoke. It has also connected with a buzzer and an LED which will act as a audio and visual indication for alert. A fire alarm system to detect and warn people through visual and audio appliances when smoke, fire, carbon monoxide or other emergencies are present. These alarms may be activated automatically from smoke detectors, and heat detectors or may also be activated via manual fire alarm activation devices such as manual call points or pull stations. Alarms can be either motorized bells or wall mountable sounders or horns. They can also be speaker strobes which sound an alarm, followed by a voice evacuation message which warns people inside the building not to use the elevators with the increase in consumption of energy and population, there is a grave need to conserve energy in every way possible. The inability to access and control the appliances from remote locations is one of the major reasons for energy loss. A web or an android application is used by the users to give instructions to these systems. This system can make use of a host of communication methods such as Wi-Fi, GSM, Bluetooth, ZigBee. Different controlling devices and configurations can be found in existing systems. Such systems have been found already in many places for a wide variety of applications. This paper presents a survey of all such systems.

Until fairly recently, automated central control of building-wide systems was found only in larger commercial buildings and expensive labs. Typically involving only lighting, building automation rarely provided more than basic control, monitoring and scheduling functions and was accessible only from specific control points within the building itself. With the advent of ‘Internet of Things’ in the last decade, we have been pushing for ubiquitous computing in all spheres of life. It thus is of extreme importance to simplify human interfacing with technology. Automation is one such area that aims that achieves simplicity whilst increasing efficiency. Laboratory automatic operating System aims to further the cause of automation so as to achieve the goal of simplicity. Where lab automation becomes truly "smart" is in the Internet-enabled devices that attach to this network and control it. The classic control unit is the lab computer, for which many of the earlier home automation systems were designed. Today's laboratory automation systems are more likely to distribute programming and monitoring control between a dedicated device in the labs, like the control panel of a security system, and a user-friendly app interface that can be accessed via an Internet-enabled PC, smartphone or tablet. This paper aims to perform a survey of all the existing such systems and compare the available features.

The paper will also compare and contrast all the systems and look at their various features and disadvantages. A wide variety of options are available for the laboratory automation systems. The fire alarm system detects the high amount of smoke and acts on it. Hence, it is more than just a sensor. The sensor is connected to an alarm system that is going to blare when the detection system is activated. Some fire alarm systems also come with an attached sprinkler system that is going to spray water down from your roof to put out the fire. However, even if you do not have that, the fire alarm is going to alert you and the fire brigade to put out the fire.

Laboratory automation is a method of controlling lab appliances automatically for the convenience of users. This technology makes life easier for the user, and saves energy by utilizing devices according to strict requirements. Controls can be as basic as dimming lights with a remote or as complex as setting up a network of items in the home that can be programmed using a main controller or even via cell phone from anywhere in the world.

B. Depth of Automation

in the lab to controlling all appliances and the security system. Each requirement affects the overall design, and developers need to determine the most optimized way to perform all the tasks with the lowest cost and complexity. Despite the internal system complexity, the system should be easy to use and not pose barriers to its operation by a labhold user.

This is the most important aspect of system design as system complexity and depth of automation determine the cost. A highly complex – and thus costly – system can deter customers from purchasing and installing it in their laboratory.

We now have a controller, interfaces to interact with the controller, and sensors that tell the controller what things are occurring in the labs. Controllers can communicate and control the many different parts of a laboratory Automation System in a variety of ways. Some of these are IP (Internet Protocol sp), Wi-Fi, Bluetooth, Zig-bee, IR, Serial Data, and Relays (for motorization).

In this paper , a remote sensing and control system based on using Global System for  Mobile (GSM).The system is suitable for a real time monitoring in home security as well as  controlling and sensing in home  automation with large number of controlled devices.

The prototype was successfully developed and met the three stated objectives.

The system can automatically switch ON and OFF the extension and lamp remotely using SMS.

In this paper, system can be controlled via many ways like Voice control app, Smart-phone, internet, World Wide Web, and electrical switch that help all kinds of peoples (Spe-cially disable persons) to control home appliances. Through IoT technology,  system can ensure security and comfort for all users.

In this system, we are going to make a laboratory automation system using ESP8266 Wi-Fi module . With the help of these modules, we will be able to control lights, electric fan and other home appliances through a Wi-Fi application using our Android Smart phone. All the appliances will be connected to relays, which are controlled by the microcontroller. ESP8266 and microcontroller together act as a web Server and it will send control commands through the mobile application i.e., android software.

Today, Android is the world’s powerful mobile platform open source operating system to fit easily whatever the functionality we had in our mind. This article is about wireless laboratory automation using Android mobile helps you to implement such a fantastic system in our lab at a very reasonable price using cost-effective devices. Thus, it overcomes many problems like costs, inflexibility, security etc. In addition, will provide greater advantages like it decrease our energy costs, it improves lab security. In addition, it is very convenient to use and will improve the comfort of our labortory.

Copyright © 2022 Kumbhar B B, Panhalkar S R, Korgaonkar G S, Prof. T. H. Mohite. This is an open access article distributed under the Creative Commons Attribution License, which permits unrestricted use, distribution, and reproduction in any medium, provided the original work is properly cited. 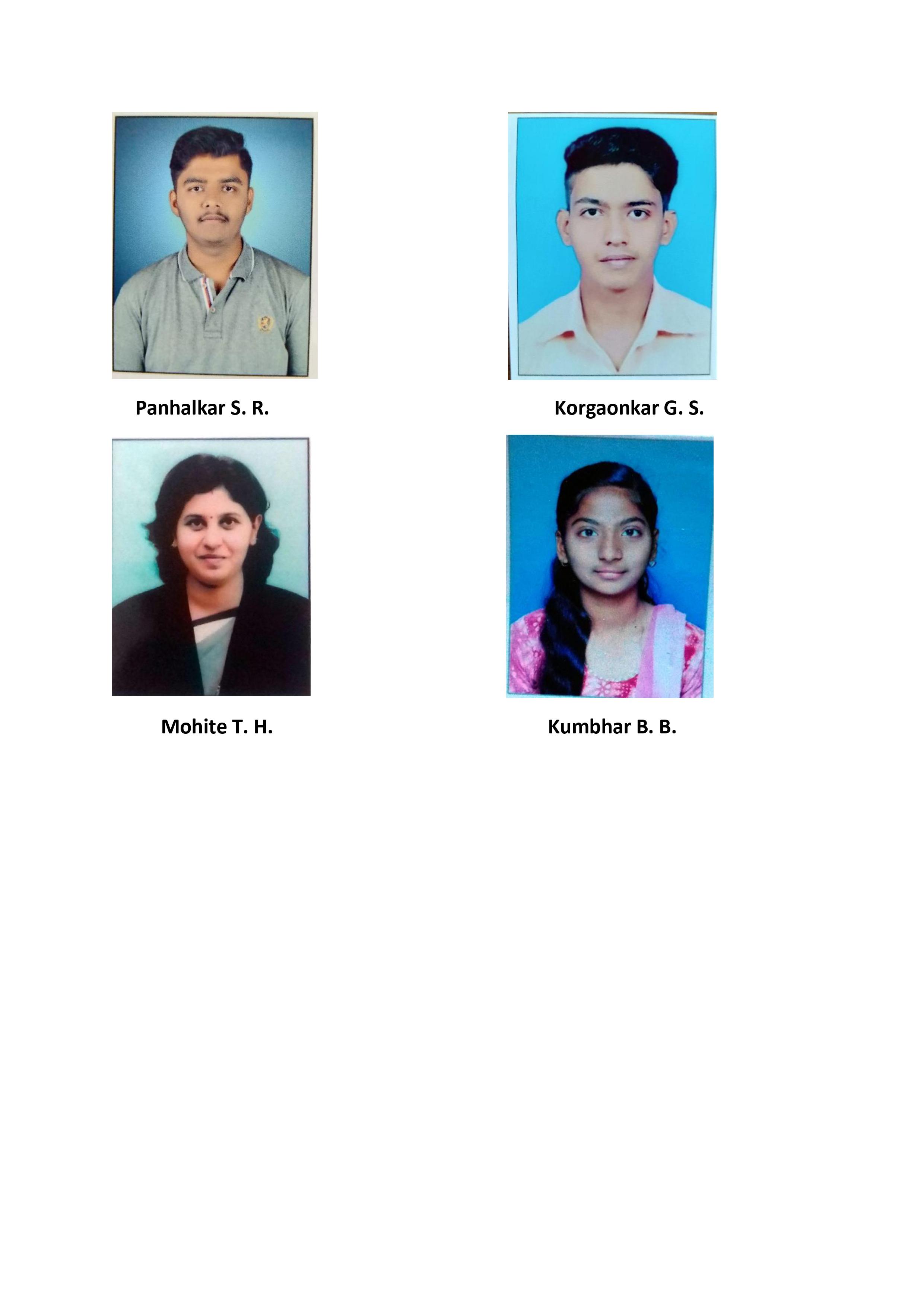